If you have been denied Social Security Benefits, Eric Brown, Oklahoma Social Security attorney at Garret Law Offices, advises that you seek legal help before you appeal. And because there are no legal costs involved, many people hire Brown during the initial process. "We are only paid if back pay is awarded," says Brown, "and we don't take any portion of your ongoing monthly benefits." In other words, he only gets compensated if you are awarded a lump sum. 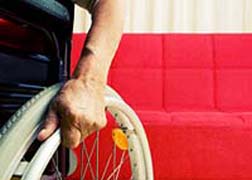 LawyersandSettlements (LAS): At what stage in the Social Security Disability Insurance (SSDI) application process can you help someone?

Eric Brown (EB): We can help you at any stage in the Social Security Disability Insurance process, whether you are just starting to fill out the initial application form or whether you have been denied benefits.

(LAS): Why should I hire an attorney?

EB: You can do it all on your own. However, to get your "best shot" at the administrative law judge (ALJ) stage, which is your best opportunity after you have been denied, you need someone to represent you who knows how to dodge the minefields. SSDI is all about procedure and very much driven by the 5-step analysis that you have to maneuver through with the ALJ. You need to know how the process works so you can craft your case according to these five steps. Trying to do this on your own would likely present a challenge, but someone in a law office will spend more time hunting down medical records, for instance, rather than you doing it on your own.

(LAS): Can you give an example of how you assisted someone at an ALJ hearing?

EB: Sure. I attended one hearing where the claimant was a two-year-old child—and yes a child can get social security disability benefits. A child's disability is determined in much the same way as an adult with one obvious difference: evidence of the child's developmental activities take the place of adult work activities in making the determination. This particular child suffered from a mild form of Myelomeningocele, which is a disease where there is deformity of the skull and problems with the fusions of the plates. My client's Myelomeningocele resulted in minor deformity of the skull that was corrected through surgery. The disease resulted in very minor developmental problems when it came to the child's ability to learn and function.

The Social Security Administration (SSA) records named Myelomeningocele as the primary diagnosis and proceeded to deny the child's claim on the basis that the Myelomeningocele was not a severe case and that it did not meet the listing of impairment for that category. What the SSA neglected to do was to take into account the actual problem affecting the child—a side effect of the Myelomeningocele was the inability of the child to urinate volitionally, which was a very severe problem for the child. The medical records supported this; they documented the child's need for regular daily irrigating of the urinary tract by catheterization. When I took the case and saw that the original two denial determinations were based on the Myelomeningocele listing, I made it a point to let the Court know, not that they had used the wrong listing, but that they had not used the right one in addition. The judge almost perpetuated the error when he questioned the medical expert by asking questions solely about whether the requirements for Myelomeningocele were met. The doctor said that the impairments did not meet that listing. When I was allowed to ask follow-up questions I introduced the other listing. I then asked the doctor questions based on what I had learned from the claimant. I directed the doctor's attention to parts of the medical records describing how the parents have to use a catheter roughly four times a day to help the child urinate, and I directed the doctor's attention to how often the child had urinary tract infections. I then asked the doctor whether the child's impairments met the congenitourinary impairment listing requirement and he said that they did.

The Judge gave a favorable decision in that case, not based on the Myelomeningocele listing from which the SSA had made its initial denial determinations, but based on the congenitourinary listing instead.

(LAS): Are most applicants typically denied benefits at first?

EB: Yes. Most applicants are denied twice before they have their best shot at benefits, which is at the ALJ stage—where you get a hearing and testify about your disability. Ideally you would get benefits on the first application but it rarely works out that way. By the time I meet most clients as their attorney they are going thru the ALJ stage, having been denied twice.

(LAS): Why is almost everyone denied twice?

EB: Unofficially, I'll say it is a "weeding out" process, the Social Security Administration's "official standard." One reason for denial is that you don't provide enough information, but the biggest reason is that they make it a more stringent standard; it is mainly due to the sheer number of people who apply for benefits.

(LAS): How do the Social Security Administrators reach their decision?

EB: The decision is mostly based on medical records that they request. And the claimant provides the information where they have been treated—basically all your medical history and possibly work records.

(LAS): Can you tell me more about the ALJ stage?

EB: Your best opportunity to receive SSDI is at the ALJ stage. That is when the judge—who is independent of the Social Security Administration—looks at the totality of the circumstances to make a decision. That means they take into account all the medical records, consultative examination records (Social Security will ask their contracted doctor to look over your medical records), and they also take into account your testimony, such as your day-to-day ability to function, and what you can or cannot do.

(LAS): How long does it take to get a hearing?

More SOCIAL SECURITY BENEFITS News
EB: It can take anywhere between one and two years from the initial application. If you get a favorable decision with the judge, you will start to receive benefits about a month after the ALJ stage.

(LAS): If the administrative law judge denies my application, do I have any further recourse?

EB: There are appeals beyond this judge. However, I see it like a bell curve. The chances of getting benefits after the ALJ stage taper off. The next stage of appeal is the appeals counsel which comprises a panel of ALJ judges. They are only looking for errors on the part of the ALJ judge, so there is nothing new that you can give them.

(LAS): So it really is important to get your best shot in at this part of the SSDI process.

EB: Definitely. And all the more reason why you should have a social security attorney on your side.