A contractor based in Virginia but having undertaken work at the Joseph P. Kinneary US Courthouse in Columbus, Ohio, is facing a whack of citations under Ohio Employment after workers on the project were found to have not been paid properly. 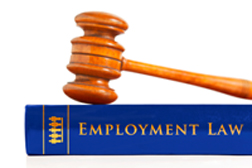 According to the Norwalk Reflector (5/22/14), an investigation by the US Department of Labor’s Wage and Hour Division (DOL) uncovered violations to Ohio Labor Laws as well as various federal statutes by CFP Group Inc. The latter had been hired to undertake the installation and modification of fire alarms and sprinkler systems in the courthouse facility between October 2012 and September 2013.

Due to the fact there were tax dollars involved in a government-procured project, prevailing wage is a requirement under Ohio Labor and Employment Law. However, this was seen not to be the case. As the result of a lawsuit filed against the contractor, it was determined that $35,996 in unpaid prevailing wages and fringe benefits were not paid to nine workers involved in the project - a violation of various statutes including the Davis-Bacon and Related Acts (DBRA), the Contract Work Hours and Safety Standards Act (CWHSSA), and the Fair Labor Standards Act (FLSA).

“Government contracts include specific requirements regarding pay and benefits, and employers are required to follow these rules, so workers are paid correctly,” said George Victory, the Wage and Hour Division’s director in Columbus, in comments published in the Norwalk Reflector. “Contractors should be well aware of these obligations when they bid for these jobs and when contracts are awarded. Taxpayers have a right to expect that federal contractors, who are paid with tax dollars, will comply with the law.”

More OHIO EMPLOYMENT LAW News
CFP Group was found not to have paid prevailing wages, as well as overtime pay. The investigation also determined that CFP Group failed to maintain adequate, certified payroll records in keeping with mandated requirements. Health insurance for covered employees was also allowed to lapse, according to the report. One worker toiling on the project reportedly incurred nearly $6,000 in medical bills that otherwise would have been covered by employer health insurance, had it not been allowed to lapse.

Citing violations to Ohio Employment Law and other federal statutes, the DOL filed a lawsuit against the contractor in US District Court in Columbus. In addition to aforementioned violations, CFP Group was found to have not paid $19,190 in unpaid wages to three employees. The lawsuit sought to have those wages paid, together with an equal amount in liquidated damages.

All tolled, the contractor was found to have not paid a total of $55,186 in prevailing wages, fringe benefits, minimum wages and overtime to 11 workers, in violation of Ohio employment labor law and various federal statutes.

The affected employees will collect what is their due with the help of Ohio Employment attorneys.

Posted by
Steve Gosnell
on June 12, 2014
I am one of the employees mentioned in this case and let me tell you, we are not being compensated and being given what is our due. Quite frankly, we are being given "the ole' govt run around"! They say they have withheld money from our employer at the time to compensate us,, but no money has been distributed to anyone and no further contact information has Been provided. We are left to sit and wait with out updates and hope we get our money...what a sorry state of affairs.
Posted by
Annette Watkins
on June 10, 2014
I live in Durham NC I was wrongfully Fired from my Job after 20plus years.For being very out spoken,My Manager was in love with male employee. Because of the love triangle I was Written Up on several times.Even on my day off I was written Up.My Manager was Jealous of Me,she thought that I wanted the man that she was in Love with. I need a Lawyer that Is Not afraid of Duke Hospital Durham NC. I have my Rights to Sue for Discrimination& Retailation Can U all Help Me.