A former assistant professor at Ohio University has launched a series of Ohio Employment lawsuits against the university and other defendants, alleging the denial of tenure at the facility was because of his sexual orientation and religious beliefs. The actions were filed December 18. 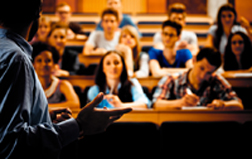 The plaintiff, Timothy Scott McKeny, noted that he was duly approved for tenure at the facility by the Department of Teacher Education Tenure and Promotion Committee (DTETPC) at Ohio University. The decision by committee members, according to The Logan Daily News (12/30/14) was unanimous at 6-0.

And yet the Ohio Labor Laws complaint notes that McKeny’s application for tenure was ultimately denied by College of Education Dean Renee Middleton in a decision upheld by Ohio University President Roderick McDavis and Provost Pam Benoit.

According to the report, McKeny had been serving as an assistant professor in what is now Ohio University’s Department of Teacher Education, which is a part of the education college at the university. McKeny appealed the tenure denial to the Ohio University Faculty Senate, which reportedly upheld the original approval by the DTETPC.

However, his tenure was ultimately denied by the university brass. McKeny charges that his loss of tenure, allegedly due to his religious beliefs and sexual orientation, is an affront to Ohio Labor and Employment Law.

According to The Post (12/29/14), Middleton’s decision to deny tenure was based upon, in Middleton’s view, a lack of scholarship and research work that allegedly failed to meet the standards of the university.

“The thin amount of disseminated work to a national audience, specifically in peer-reviewed ventures, leaves me to an overall conclusion that your scholarship is insufficient to merit tenure. This finding is consistent with my original review of your dossier,” stated a letter from Middleton to McKeny, submitted to the court by the plaintiff.

The Ohio Employment lawsuits allege breach of contract and denial of due process, and assert that tenure was denied because of his sexual orientation (McKeny is gay), and because his religious beliefs do not dovetail with those of defendant Middleton. McKeny identifies himself as an agnostic.

More OHIO EMPLOYMENT LAW News
The lawsuits allege sexual orientation discrimination in violation of an executive order issued by Governor John Kasich regarding state employment, and the federal lawsuit asserts violation of the Civil Rights Act of 1964 and the equal protection clause of the 14th Amendment of the US Constitution, according to the report.

Through his Ohio State Employment lawsuits, McKeny seeks tenure, together with an injunction “barring…future discrimination,” according to court documents. He is also seeking damages not less than $300,000.

Middleton, McDavis and Benoit - as well as the university itself - have all been named as defendants in the Ohio State Employment lawsuit.

The Ohio Employee rights case is McKeny v. Middleton et al, Case No. 2:14-cv-02659, filed December 18, 2014 with both the Ohio Court of Claims, and US Federal Court. The Post notes that McKeny was employed at Ohio University from August 2006 thorough to the end of June 2013.