An Ohio Employment lawsuit, proposed as a class action, was filed at the beginning of the year against an employer in the manufacturing industry. Various allegations against federal law and Ohio Labor and Employment Law statutes have been made, within the context of donning and doffing, and going unpaid for tasks mandated by the employer. 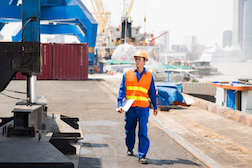 Defendants include Schaeffler Group USA Inc. and a subsidiary, LuK USA Inc. Lead plaintiff in the Ohio State Employment lawsuit is identified as Creg Boring, an employee at the firm’s manufacturing facility in Wooster.

Boring alleges in his lawsuit that he and his colleagues operate computer numerical control or CNC machinery as part of their daily functions in the workplace. The job function, together with regulations and guidelines maintained and enforced by the Occupational Safety and Health Administration (OSHA), require that operators of CNC machines wear protective clothing including, but not limited to gloves, aprons and safety glasses. Employees are also required to retrieve, and replace specialized tools and gear, and to interact with fellow employees about the work either performed, or required for the day.

Boring, on behalf of class members, alleges this activity took place on the employee’s own time, rather than time compensable by the employer.

Walking time to, and from their work stations was also not compensated.

More OHIO EMPLOYMENT LAW News
The plaintiff noted in his proposed class action that all tasks identified were “integral and indispensable” to the process, and were not optional. Thus, plaintiffs maintain that for many employees such activity conducted on an employee’s own time while not on the clock, would have resulted in overtime pay for those employees already having reached the maximum allowable number of hours worked in any given week – 40 – and this would qualify for overtime pay for tasks mandated by the employer.

Boring alleged not only that lack of pay was a violation of Ohio employee rights, it is alleged that defendants failed to keep accurate records of the unpaid work. That, say the plaintiffs, demonstrates that such violations of the Fair Labor Standards Act (FLSA) and Ohio Labor and Employment Law undertaken by Schaeffler and LuK, were willful violations.

The Ohio Employment lawsuit seeks to represent qualifying class members who were employed at any LuK manufacturing facility from January 5th, 2014 to present day.

The Ohio State Employment lawsuit is Boring v. Schaeffler Group USA, Inc. et al., Case No. 1:17-cv-00038, in the US District Court for the Northern District of Ohio.

Posted by
Leah oplinger
on March 6, 2017
Worse company to work for!!! Unsafe environment, 7 days a week mandatory overtime 12 hour days for much of the year! Conflicts of interest happening in every department. When trying to bring up an issue, if you are not a friend of the lead you will face repercussions for speaking out against said employee or lead. There is much more that needs to be looked at in this company. There is more happening beneath the thin coat of lies they seem to carefully cover up.