The basic tenets of Ohio Employment and the federal Fair Labor Standards Act (FLSA) holds that hourly workers, who toil more than the requisite number of hours in any given day, or days in a workweek, are entitled to overtime. To that end, workers at a manufacturing facility in Bellevue, Ohio, have launched an overtime lawsuit over allegations that they have not been paid for attending mandated staff meetings for three years. 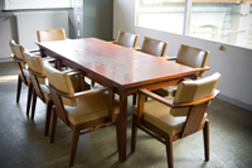 The Ohio Employment lawsuit, filed in US District Court for the Northern District of Ohio, represents between 200 and 300 employees. At issue are pre-shift meetings that employees are required to attend at the behest of their employer, Windsor Mold USA. The lawsuit claims that under FLSA and Ohio Labor Laws, required meetings must be counted toward an employee’s workday and compensated either in straight-time pay - should total work hours not exceed 40 hours in a week - or overtime pay if meeting attendance pushed those total workweek hours to beyond 40.

The plants are located in Bellevue and are identified as Autoplas and Precision Automotive Plastics (Precision). According to the Norwalk Reflector (10/9/13), a call was placed from the newspaper to Precision seeking comment on the Ohio State Employment and FLSA lawsuit. The response, according to the source, was as follows: “I’m to tell you we have no comment.”

It was a similar story at Autoplas. Asked to comment, the unidentified representative answered with “No, I don’t think so. Goodbye.”

An attorney representing the plaintiffs in the Ohio Employee rights lawsuit noted that lawyers for the defendants are positioning their case with the view that Precision and Autoplas actually pay their employees for the meetings, but that employees are not paid for their lunch break, which is reported to be about 20 minutes in length. The employer, it is reported, views this break as a work break for which there is no remuneration, rather than a meal break.

More OHIO EMPLOYMENT LAW News
However, attorneys for the plaintiff counter that Ohio employment labor law and federal statutes require that all breaks should be factored into work time and, as such, should be duly paid.

Regardless of which breaks or meetings will form the foundation of the lawsuit, the fact remains, according to the plaintiffs, that workers are owed back pay under Ohio labor and employment law and the FLSA. The Norwalk Reflector report stated that workers’ straight-time rate falls within a range of $12 to $18 per hour. It was also stated that most workers put in a full week of at least 40 hours.

Thus, according to the Ohio State Employment lawsuit, workers on average are owed for 20 minutes per day, five days per week at their overtime rate for a period of anywhere from two to three years. For most employees, that sum would represent a welcome chunk of change upon the eventual culmination of the lawsuit.