“When the LawyersandSettlements attorney accepted my case, I found out that they have an entire Nexium division to handle so many claims,” says Julieann. “I shouldn’t be surprised at the number of lawsuits because I too suffered a Nexium fracture!” 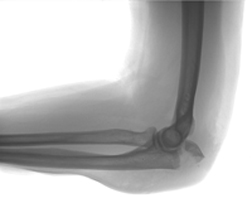 Even though you read about a drug’s side effects, you never think it will happen to you. As for Nexium side effects, the list is exhaustive, from less serious symptoms such as headache and diarrhea to very serious allergic reactions and trouble breathing. The Nexium website also warns of the following:

People who take multiple daily doses of proton pump inhibitor medicines for a long period of time (a year or longer) may have an increased risk of fractures of the hip, wrist, or spine. You should take NEXIUM exactly as prescribed, at the lowest dose possible for your treatment and for the shortest time needed. Talk to your doctor about your risk of bone fracture if you take NEXIUM.

Given so many serious Nexium side effects, it’s a wonder why anyone would take the acid reflux drug and why doctors would prescribe it. Wouldn’t the risks outweigh the benefits? And there are other, less harmful, acid reflux drugs on the market.

“It all started with carpal tunnel and tendonitis in my elbow last year; I had surgery to remove a bone spur but my elbow didn’t get any better,” says Julieann, age 42. “They took several x-rays of my elbow and found a bone fracture and fluid in my joint that needed to be drained. I couldn’t believe it! I never even banged my arm and the hospital doctor has no idea how I got a fracture. And in my 42 years I have never broken a bone.

“Anyway, the doctor at the hospital called my orthopedic surgeon and he told me to come into his office right away. He put a cast on me from my hand up to my shoulder.”

Julieann had taken Nexium for 10 years before she heard about Nexium fracture risk. And it took a fracture to connect the dots.

More NEXIUM USE AND INCREASED RISK FOR FRACTURE News
“I was looking up drug recalls when I came across Nexium and bone fractures,” Julieann says. “It was really disturbing to discover that a (supposedly) harmless drug can do so much damage, but at least I had an explanation. I could have taken other meds for my stomach ulcers and likely wouldn’t be wearing an arm cast today. And also alarmingly my doctor said he doesn’t know of any Nexium side effects, so he is still prescribing this bone-breaking drug to patients who, like me, weren’t warned of the side effects.”

Julieann has some satisfaction in knowing her Nexium claim has been accepted. “I gave your Nexium lawyer my pharmacy records and medical reports, which they reviewed and then accepted my case,” she says.