As many as 15 million people in the US are regular users of popular antacid medications. Sold both over the counter and by prescription the medications are heavily marketed direct to consumers under brand names like Nexium, Prevacid, Prilosec, Protonix, AciPhex and Zegrid. 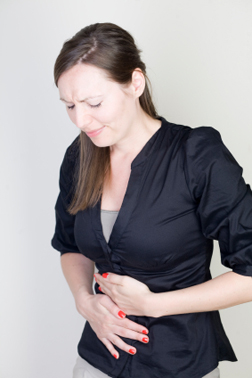 Worldwide sales of antacid meds or proton pump inhibitors (PPIs) are estimated to be well over $6 billion a year.

What consumers often don’t realize is that antacid medications maybe doing harm to their kidneys.

“What these medications are supposed to do is reduce the acid output from the stomach in people who have heart burn, indigestion and acid reflux,” says Dr. Shezad Malik, a Texas based physician and trial lawyer who specializes in these types of cases.

“But what we are learning is that some of these antacid meds users have experienced some pretty significant side effects,” says Dr. Malik.

“In medical terms, the evidence shows that if you use these medications for some time then you are prone to developing a kidney injury or chronic kidney injury,” says Dr. Malik.


Research pointing to serious problems with PPIs in long term users is piling up.

The study also found that those who took PPIs had a 39% higher risk of kidney disease than patients that took H2 blockers (Tagamet, Pepcid & Zantac), a different type of drug used to treat acid reflux. In an April 2016 study published in the Journal of the American Society of Nephrology, the risk of end-stage renal disease was 96% higher in those who took PPIs.

In April 2016, the Journal of the American Society of Nephrology (JASN) reported that PPIs - including Nexium - may lead to an increased risk of kidney disease and kidney failure.

In addition, many antacid medications create a kind ‘bio-feed system’ that essentially results in the stomach producing more acid and the need for more medication to get relief says Dr. Malik.

The problem is that when you stop taking it you end up secreting more acid. In other words, you take the medication, it reduces the acid output in your stomach and you feel better. The minute you stop you get an extra amount of acid output in your stomach, more than you would have gotten if you had otherwise not taken the medication. The acid comes back with a vengeance and you have to take the meds again,” says Dr. Malik.

The Problem Could Sneak Up on You

“Your doctor doesn’t know that you are using over the counter PPIs,” says Dr. Malik. “So, there may come a time when you go in to your doctor with kidney symptoms and he/she is finding out for the first time that you’ve been taking antacid medication and now you have chronic kidney disease which may be irreversible,” says Dr. Malik.

“The whole idea here is that the consumer has not been adequately warned about the side effects of these drugs,” he adds. “So the first understanding that they may have is when they show up in their doctors office not feeling well and then as part of their work up they find out they have kidney failure or damage from taking these medications.”

Posted by
David Syckle
on February 10, 2018
I was on them for years and if I didn't take them it hurt how I got off them after I found out my kidneys were getting hurt from them was I quit taking Prilosec and took Carafate for one week and quit taking the Carafate and it worked Iam off all stomach meds
Posted by
Donald Sass
on September 18, 2016
It has recently been reported that protonix is a cause of not only Kidney disease but Dementia. I have been on double doses for 20+YEARS. I have recently had a Brain Scan which showed Dementia on both sides. I discovered from several sources including Harvard Health Letter, Consumer reports and Worst Pills, Best pills that the drug is guilty of exactly what I am experiencing. In the last few months I have been experiencing all the symptoms. Now the I realize it I have been doing things to stop or slow down the process. Thus Protonics is guilty of several detrimental medical problems. The big Drug companies have done it again. Stallion reply from the manufacturers.

Anybody having Short or long time memory should get a MRI Brain Scan.

Posted by
Joe Schlegel
on September 12, 2016
FOLKS-- Acid reflux, and any other problems with throat - stomach- intestine, colon, Kidneys - Bladder--Urinary Track--are usually related to STRESS; AND DIET-- NOT drinking Water-- as often as you feel comfortable--NOT ONLY diet all the time--;;; BUTT, you will get problems if you Drink Alcohol in excess, [ note--- everyone has different level of EXCESS!--] or TOO Much acid in diet, from Low level quality foods...-Cakes-- Sweets--- Coffee...., Tea...certain Fruits.....LACK of exercise--OVER WEIGHT--and a low vitamin / immune system balance-- find a Certified Health Food - Medical person, NOT addicted to Prescribing TRADITIONAL MEDICINE - DRUGS-- and all sorts of medical tests that cause many of OUR Problems... Find a Health Supplement / Vitamins - Certified and well trained Person in the biological sciences and use as many natural supplements as they suggest--with your regular diet that will be heavy in Veggies- and Fruits.. also juices like Apple Cider Vinegar, Aloe - and diet low or no bread products, or anything "WHITE" - and Read - Read - Read as much as you can to HELP YOURSELF Heal / and stay healthy1
Posted by
Maxine Thompson
on September 5, 2016
I don't understand this story because I have been taking a prescribed acid reflux medications for over 20 years and I have developed chronic kidney disease. The medication is called Ranitidine-150 mg. I am told by several attorneys that this medication is not included in this lawsuit. Why is this?
Posted by
Exequiel Dulce
on September 5, 2016
I have been taking protonix, omeprazole, nexium, tums for almost 10 years due to acid reflux, but it didn't control it everyday. The latest one that I've been taking for so many years is omeprazole up to the present.
Posted by
Janice Pfeiffer
on September 4, 2016
I have been taking various drugs of this kind for about 10 years. I currently am taking Pantoprazole which is generic for Protonix. I took Omeprazole for years given to me through the VA. If I ran out of the drugs, I bought Prilosec to fill in until I could get a prescription.

A couple of months ago after getting concerned about that type of drug, I tried to get off the generic for Previcid, Lansoprozole. Although I tried taking OTC Tagamet, it was no sufficient to take care of my upper stomach discomfort. I went back to the Lansoprozole. Recently I was given the Pantoprazole.

To be totally honest, I did undergo surgery for lung cancer, followed by 4 sessions of chemo. Surgery was April 1st 2013 and I finished Chemo in July of 2013.

I was taking the stomach medicines the whole time also. I have had a great deal of problems with kidneys. Recently I had to take antibiotics for 10 days for what the doctor thought was a kidney infection. I have that foggy brain thing in the last 5 years or so. My short term memory is very poor. I have difficulty remembering if I took meds or not.

Often I feel like my heart is pumping hard and my BP is higher than it use to be. The doctors now claim I am a diabetic. I can't lose weight and I have no energy. I do not feel I can get off the stomach meds because of the severe pain and discomfort I feel when I try.