Alan is one of half a million patients who had a Medtronic Infuse bone graft and thereby contributed to Medtronic’s sales of $800 million in fiscal 2011. Now Medtronic might want to put aside some of those profits for Medtronic lawsuits. Alan is also one of many patients who have suffered Medtronic complications that range from difficulty swallowing to male sterility to death. 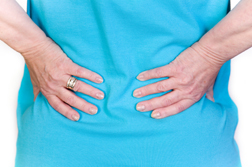 Alan (not his real name pending the lawsuit) says he had a cervical spinal fusion two years ago. “As soon as I woke up from surgery it felt like I was choking,” he says. “The doctors said it would go away, but it just got worse. Now I have to clear my throat constantly and sometimes I cough and choke so much that I almost need to go back to hospital, and sometimes the smallest pieces of food gets stuck when I’m swallowing. The doctors can’t figure out what’s wrong.”

Cathy fared worse than Alan. Since her Medtronic bone graft surgery, Cathy claims that the pain is so severe in her lower back and legs that she has been on Oxycontin and Fentanyl patches for more than a year. “The neuropathy didn’t start until three months after the Medtronic bone surgery,” she says. “I’ve subsequently had two MRIs and CT Scans because of this increased pain. According to my surgeon, my spine has turned into ‘Swiss cheese.’ I developed a severe infection and had two blood transfusions. At first I was put on oral antibiotics and sent home, but I was soon back in hospital, this time for exploratory surgery to make sure the bone graft was OK. I spent almost two weeks in hospital on IV antibiotics. Now I am told that it is finally fused, but I am still on narcotics and still very much in pain. Arthritis has set in and I can’t help but wonder if it is because of this bone graft.”

A California woman in late 2008 went into respiratory arrest and died after receiving a Medtronic device for neck surgery, according to The Wall Street Journal. Her family filed a wrongful death lawsuit against the huge medical device manufacturer, claiming that her death was due to the InFuse Bone Graft.

Studies indicate that Medtronic Infuse has been widely used for procedures not deemed safe or effective. In 2011 The Spine Journal criticized the use of rhBMP-2, saying it has been associated with various early inflammatory reactions, cancer, osteolysis, infection, implant dislodgement and occasional life-threatening complications. (The Medtronic Infuse Bone Graft contains a genetically engineered version of a protein that occurs naturally. This protein has been isolated in the laboratory and then purified and reproduced using recombinant DNA technology. The resulting recombinant human protein is known as rhBMP-2, and when combined with an absorbable collagen sponge, it is marketed by Medtronic under the trade name INFUSE Bone Graft.)

A separate study also published in The Spine Journal suggests that rhBMP-2 usage could cause a higher incidence of male sterility than previously described by industry-sponsored researchers.

Adding to the litany of accusations against Medtronic such as those above, many complaints involve the use of Medtronic off-label. The WSJ also reported that “a number of patients say they have been harmed in off-label uses of Infuse, which is approved by the FDA only for a small section of the spine in the lower, lumbar region. At least 280 reports of side effects involving Infuse have been made to the FDA. About three-quarters of those reports involve off-label use.”

More MEDTRONIC INFUSE BONE GRAFT News
The Spine Journal reported that “The use and ‘off-label’ indications for recombinant human bone morphogenetic protein-2 (rhBMP-2) in spinal arthrodesis have been significantly expanded over the last decade. New surgical approaches and pathologies treated often place the exogenous protein near the spinal cord or peripheral nerves, yet little data exist to the potential interaction between rhBMP-2 and the nervous system.” Researchers concluded that the benefits of rhBMP-2 fusion rates compared with potential and observed complications have not been well reported or analyzed, particularly in “off-label” indications. Although their studies were performed on rodents, the researchers raised “some very important questions” regarding the impact of the Infuse bone graft and concluded that “although rhBMP-2 has a well-established and proven role for certain specific indications, its dosage, delivery route, and carrier materials, and the mechanism of each contributing to observed complications, warrant significant further evaluation.”

Posted by
Jim
on June 13, 2013
I have had two lumbar fusions since 2002. I do not know what they used the first time. But, I know the second time I had the Ifuse and bmp. Since then I have gone on fentanyl pain patches and dilaudid for break thru pain. Now I have been told my hips and knees are out and may need replacements! I KNOW this is caused by the Ifuse! I have a lawyer now but they seem like they could care less. I wish I could find a good lawyer and would really WORK for me!
Posted by
Chris Cahill
on April 1, 2013
The fact that Medtronic and the surgeons using Infuse knewthat the product caused multiple complications and did not inform prospective patients of these complications is grounds for compensation to the victims. However compensation is not going to cure or alleviate the pain. What is needed now is research on solutions to the complications caused by Infuse.
T
However there is no professional group such as pain management specialists who know anything about the complications caused by BMP2 and therefore treat Infuse complicatons as run of the mill back pain patients and give them epidurals andother treatments

Posted by
David W. Coover
on February 16, 2013
I have pain in my waist area,left side leg,shoulds,arms,basicly my left side and now my doctor said i have arthritis at the implant sight and surrounding area.Also back of neck and head at times,i didnt have pain like this before implant!
Posted by
daniel scott
on February 11, 2013
Medtronic paid a total of approximately $210 million to physician authors of Medtronic-sponsored studies from November 1996 through December 2010 for consulting, royalty, and other miscellaneous arrangements.