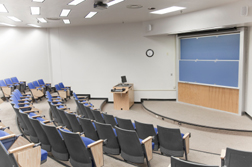 According to the news source, plaintiff Michael Jordan filed the discrimination lawsuit against the school in February 2008, claiming he was not given tenure due to his gender.

However, Lamar successfully appealed the lawsuit by arguing that it was "entitled to sovereign immunity from Jordan's discrimination claim because he failed to timely file his claim with the Texas Commission on Human Rights no later than 180 days after he learned of the department's allegedly discriminatory votes against the tenure promotion," according to court papers.

Jordan is claiming that the lack of filing the charge in a timely fashion is the fault of his attorney, Anthony Griffin. As a result, Jordan filed the legal malpractice complaint on March 22 in Jefferson County District Court.

The plaintiff is reportedly suing for court costs and an unspecified judgment, according to the news source.

Posted by
Abraham Macias
on February 14, 2015
I need help with a lawyer that discriminated and committed legal malpractice against me.