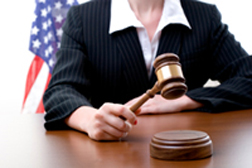 Lawyers deal with complex contracts and negotiations constantly and the unfortunate truth is that sometimes mistakes are made that negatively affect the client. The situation might involve a missed filing deadline, incomplete paperwork or lack of an important clause in a contract. And even the best attorneys make errors that can have severe consequences for their clients. This does not mean the lawyer is incompetent, but it could mean that the client is entitled to legal recourse, if he has been harmed by the lawyers' actions.

The other half of the equation is that a negative result is not necessarily caused by malpractice. There is only so much a lawyer can do in a negotiation, dispute or trial and even if the client is not entirely happy with the result, it may not be the result of malpractice. For example, it is very difficult for a lawyer to force a client to settle a lawsuit. If the lawyer settled without consent??"depending on the details in the retainer??" or misled the client about the details of the settlement, then malpractice may have occurred. If the client simply is not happy with the amount offered, but agreed to the settlement, then there may not be a case for malpractice.

More LEGAL MALPRACTICE News
But if the lawyer did indeed mislead his client, miss an important filing deadline or otherwise commit legal malpractice, then the client could file a lawsuit against that attorney. Among the actions that constitute legal malpractice are negligence, breach of fiduciary duty or breach of contract. To be considered legal malpractice, an act of negligence must be shown to be the result of errors that would not have been made by a reasonable attorney. Breach of fiduciary duty means the attorney has put his own interests or those of another party ahead of the interests of his client.

Posted by
James Wang
on April 18, 2017
I am looking for an employment attorney willing to take a legal malpractice case against my former attorney who settled a case without my permission for $207,500 after I won summary Judgment. I have been unable to undue the settlement, so my only option is to sue for malpractice. I believe my case is worth much more than $207,500, and that will be a "set off." Are you willing to consider the case.

I can also supply the Deposition Transcripts which are likely on the court web-site. The statute of limitations for the malpractice is running very close to the deadline. Please let me know if you are interested, and I will send you more documentation.

Posted by
scott brierley
on August 7, 2015
My Attorney missed misinformed me of my hearing/ cancellation/ new hearing. Informed me that I did not have to attend because it would be rescheduled. No one went. The hearing was held. The Judge gave the Order. My Attorney then missed the 10 days in which to object. Has continued to neglect and miss deadline after deadline. 4 months have lapsed with no new hearing date.
This is a child custody/ school designation situation and impacts 2 minor children and affects my ability to have time sharing with my daughters.
Please help/advise.