Attorney Ben Stewart: Many Legal Malpractice Cases Not Because of Trials 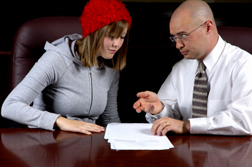 "Legal malpractice occurs in legal areas other than just trials," Stewart says. "Many claims come out of contractual relationships, where the lawyer negotiated and then drafted the contract. The lawyer may have missed important provisions or the client alleges that what was agreed upon verbally is not what was included in the signed contract."

In fact, there are many areas in which legal malpractice can occur. These include contract law, patent law, real estate transactions, copyright law and even personal injury law. In such cases, the person claiming legal malpractice must have suffered some harm, usually financial, as a result of the attorney's negligence.

"According to the American Board of Professional Liabilities [ABPL], twice in every lawyer's career, that lawyer will commit an act of malpractice," Stewart says. "That doesn't make the lawyer bad. They handle so much that is highly technical in nature that an error is bound to happen. It's a product of numbers. It's not usually the bad attorneys who get sued. People think damage measures from attorneys are because he did something bad. But the key is negligence, not intent."

In other words, in a case of negligence, the attorney may just have made an error, such as forgetting to include a provision in a contract, which negatively affected the client. The attorney did not mean to harm his client, but the negligence still occurred.

More LEGAL MALPRACTICE News
It is also important for clients to remember that a negative result does not mean the attorney has committed malpractice. Simply losing a court case or not obtaining as much in a contract as the client would have liked does not mean the lawyer is liable.

"The interesting part of legal malpractice is that the citizen is expected to be reasonably informed and responsible for his actions," Stewart says. "People can complain that a lawyer forced them to sign a contract, but they don't have a case if the lawyer didn't hold a gun to their head. They didn't force you because they were in a room yelling at you; unless they locked the door, you could walk out. It's only forced when an attorney settles without consent, and even then, it's a question of whether if the case had gone to trial, the client could have received more. A bad result does not equal malpractice, even if the client believes he was wronged."

Posted by
Linda McCollum
on March 21, 2016
My attorney which I had for approximately five years during which time I actually went over 2 years without a drop of communication even though I had made call after call after call never returned therefore I I ended up dealing with The Workmen's Comp. adjuster and I'm the one that dealt with any situation that arose as I stated my attorneys office never returns my calls well after I informed my attorney I was ready to settle Then the calls began however the attorneys office did not gather current medical documents that stated exactly how physically disabled I am . As a result I received a 50% disability rating which I found out after the attorney told me I was deemed 70% disabled in which case I should've received a monthly check to live on for the rest of my life. Then when the offer was made by the Workmen's Comp. settlement details were explained to me by the not quite yet an attorney then when the offer was made by the Workmen's Comp. the settlement details were explained to me by the not quite yet and Atty which was nice to find out that someone who hadn't even taken the bar was dealing with settling my case he lied to me to cover his butt with his boss and I settled the case believing I was receiving Financial compensation for my living expenses when in fact the money offered was strictly for future medical and this is when I found out that I am fact had a 50% disability rating rather than the 70% my nonattorney told me I was rated again he was wrong they should never of had an inexperienced individual Dealing with the settling of this lawsuit especially since they blew me off for over two years probably closer to three so during that time they did nothing this case settled for around 700,000 for my future medical and medication so as you can see the fact that they did not work my case as it should've been and as a result of several updated medical reports indicating my true medical condition rather than looking at records some of which were a year and a half old as my attorney Never took the time to go around and collect updated documents the AME that was submitted was literally a year and a half old as a result of their lack of services and then screwing up the case which cost me The benefits for me to live on being as I am totally disabled and completely unable to work. I am still seeing doctors and being diagnosed with conditions that of been present for a long time and none of the information that was submitted for settlement was mostly older non-current medical reports . They were too lazy to even take the time after not working my case for years because if they had they would've never screwed it up so bad but they were absolutely clueless being as they chose to blow me off which is what they did for years they actually blew me off and I'm not kidding when I say not one phone call returned during the years of silence and then like I said when settlement Time came they throw on a guy who hasn't even taken the bar in fact he took the bar while we were settling the case . So basically I went to to three years without even having an attorney I kept getting different names on who was supposed to be working my case and I was given several names however I never spoke to any of these people and the fact that they straight up lied to me To cover their butts or I should say so he could cover his butt because he lied to his boss about the details of my settlement and how they were explained to me and the attorney was under the impression that I had a 70% disability rating which he told me and that I qualified to receive benefits to help support myself being is I cannot work. I didn't know I had any recourse against this attorney it is been approximately about 16 months since we settled and if that's within the timeframe and you're interested In possibly taking this on let me know like I said I've never encountered such a lazy inexperienced lying group of people . And as a result I've lost out on hundreds of thousands of dollars which I would've received monthly in order to have some form of income due to my inability to work.