Michelle hasn’t been diagnosed with Januvia pancreatic cancer - yet. She took Januvia, however, and wound up in the hospital on two separate occasions with acute pancreatitis. A LawyersandSettlements attorney has advised her to get a PET scan sooner than later. 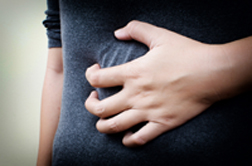 “I was prescribed Januvia for type 2 diabetes back in 2005 and was on it for about six months, which is long enough to make me worried about Januvia cancer,” says Michelle. Every few months she had an AIC test - a blood test that provides information about a person’s average levels of blood glucose, also called blood sugar, but her AIC levels were consistently high (Januvia was supposed to lower blood sugar). She wasn’t getting the desired results so her doctor took her off the drug. In hindsight, it may be a blessing that the Januvia didn’t work…

“I am so glad I didn’t take Januvia for longer than I did,” Michelle says. “As well, it was very expensive. Regardless, I wound up with acute pancreatitis. Both times the attacks were very sudden: I had extreme pain in the upper middle of my stomach and left side; the pancreas is right under your rib cage. I didn’t know what was happening but it was pretty scary, so my friend took me to ER (luckily, I live about five minutes from the hospital). They immediately gave me morphine and a CT scan of my pancreas and I was diagnosed within six hours.

“I found out that the main reason you get pancreatitis is from alcohol and that is the first thing the doctors asked me. I do drink occasionally but not like I did when I was younger and definitely never an amount to cause any problems. Apparently, there are five main reasons you get pancreatitis and only about 15 percent are undetermined, meaning they cannot find a cause. Maybe Januvia should be added as one of those main reasons.

“I found out first from the LawyersandSettlements newsletter and subsequently from my doctor that you are more likely to develop pancreatic cancer if you have already suffered from acute pancreatitis. So I know that I am at a higher risk, which is cause for concern.”

Michelle is very careful when it comes to taking medications. She reads all the labels, front to back, and says she doesn’t remember reading anything about pancreatic cancer. Needless to say, she is “pretty mad.”

“I had just lost my job when the first attack happened,” Michelle explains. “The first time I was in hospital for four days and the second time seven days. I had run out of insurance about five weeks before getting this attack - I was on unemployment at the time. It was very expensive but I was extremely lucky. I filled out a payment assistance form with the hospital and with the ER doctors, who are billed separately. The hospital forgave the entire amount of $14,000. And they also forgave the lab bills. And the doctors who visited me each day had bills of more than $3,000.

“I think the fair thing for Merck to do would be to pay the bills that I owed the hospital. Even though I didn’t pay, they took care of me and they should be reimbursed. And if I do develop cancer, it is hard to cure. That will cost a lot…

“Cancer should have been listed as a side effect on the patient information label; studies have shown a link so how can it still be on the market? I certainly wouldn’t have taken it. I can’t believe (well, I can believe) that it is still on the market. I don’t get shocked by much anymore. I read that if you are on Januvia, to continue taking it and see your doctor. How could Merck say that?

More JANUVIA News
“The hardest thing about getting an attack is that you can’t eat at all. As you can imagine, I lost a lot of weight and overall I don’t feel as healthy as I used to. I don’t have much energy and get worn out easily, even doing small household tasks, and I’m only 41 years old. Now I’m taking Creon, which is supposed to stop your pancreas from working as hard as it does. I wonder if I would have to take that if not for Januvia.

“The LawyersandSettlements attorney advised me to fill out the forms in case I file a Januvia lawsuit down the road because I am really afraid of developing pancreatic cancer. I have insurance starting June 1 and he suggested that I get a PET scan done at that time.”