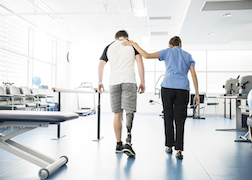 The FDA was so concerned about the information the studies provided that it moved immediately to ensure consumers are warned about the increased risk of leg and foot amputations through a Boxed Warning label on all Invokana prescriptions.

“I think the fact that the independent clinical trials lead to a situation where the FDA went straight to a black box warning, its highest level of scrutiny, just shows how important and how critical this information is to the public,” says Brian J. McCormick Jr., a Philadelphia attorney from the firm of Ross Feller Casey.

To McCormick, Jr. the studies confirm and add significant weight to the many personal injury claims he and his firm are bringing forward on behalf of diabetic Americans that allege they have been injured as a result of using Invokana to control their Type 2 Diabetes Mellitus.

The studies (CANVAS Canagliflozin Cardiovascular Assessment Study) and the CANVAS-R (A Study of the Effects of Canagliflozin on Renal Endpoints in Adult Participants with Type 2 Diabetes Mellitus) showed, according to a FDA website safety warning (May 2017), that leg and foot amputation occurred about twice as often in patients treated with Canagliflozin compared to patients taking a placebo.

“It is a terrible progression for some of these patients,” says McCormick. “They go in and they have a diabetic foot ulcer and they don’t how bad it is. They have one amputation and then they go back and have another toe removed – and next thing they know they have half their foot removed.”

According to the FDA safety communication on May 15, 2017, “Amputations of the toe and middle of the foot were the most common; however, amputations involving the leg, below and above the knee, also occurred. Some patients had more than one amputation, some involving both limbs.”

“Our firm is investigating both Ketoacidosis cases and we are also investigating amputation cases,” says McCormick. “We have a number of clients we are working with and I think at the end of the day what this new information shows, and will show in court, is that Johnson & Johnson did know that this risk existed and chose not to do anything about it.”

Canagliflozin is licensed for sale in North America by Johnson & Johnson subsidiary Janssen Pharmaceuticals. The drug is designed to be used in combination with diet and exercise to lower blood sugar levels in Type 2 diabetes patients. The drug is a sodium-glucose cotransporter-2 (SGLT2) inhibitor that causes sugar to be eliminated through the urine.

More INVOKANA News
Invokana was first approved for sale by the FDA in March 2015. Within three months the FDA had 100 reports of Ketoacidosis and kidney damage in Invokana users. In May 2015, the FDA ordered the label contain a Ketoacidosis warning. By 2016, the FDA had added possible kidney damage to the Invokana warnings. In May 2017, it added increased risk of amputation.

“Some of these patients are otherwise healthy but for this terrible injury all of a sudden. They have been on this drug for a few months, or perhaps a few years and now they are seeing this Box Warning and putting two and two together,” McCormick says. “All of a sudden this is happening. No one told them about this and it would have changed how they handled their diabetes.”

The Invokana lawsuits have been consolidated in an MDL in New Jersey. The cases are going through case management process with discovery expected at a later date. It will be some time before the cases go to trial.