Plaintiff Blames Loss of his Lower Leg to Invokana Use

Trenton, NJ: While a plaintiff having filed a recent Invokana lawsuit makes assertions pertaining to Invokana linked with cardiovascular injuries and kidney failure, it was the amputation of his right leg below the knee less than a year after starting on Invokana that ultimately prompted the plaintiff to move forward with his Invokana side effects lawsuit.
Read [ Plaintiff Blames Loss of his Lower Leg to Invokana Use ]

Los Angeles, CA: When Janumet (sitagliptin and metformin combined) was approved by the US Food and Drug Administration (FDA) in 2007, the type 2 diabetes drug was within five years of achieving sales of $1.7 Billion. That year, when Janumet hit blockbuster status by 2012, the parent drug of Janumet – Januvia – earned $4 Billion for manufacturer Merck & Co. Januvia has been associated with Januvia side effects, and has resulted in Januvia cancer lawsuits.
Read [ Janumet Patient Felled by Cancer of the Pancreas in 2012 ]

Are Risk of Invokana and Invokamet Bone Fractures a Sign of Fractured Regulations?

Washington, DC: A drug indicated for the treatment of type 2 diabetes already carries warnings for compelling adverse reactions including a heightened risk for lower limb amputations, kidney failure, diabetic ketoacidosis and cardiovascular injuries. To that end, the FDA warns of fracture risk with Invokana and Invokamet. Yet in spite of such serious side effects associated with Invokana (canagliflozin) and Invokamet (canagliflozin and metformin), the US Food and Drug Administration (FDA) approved, last year an expanded indication for Invokamet.
Read [ Are Risk of Invokana and Invokamet Bone Fractures a Sign of Fractured Regulations? ]

Boston, MA: A new study recently published in the New England Journal of Medicine (06/08/17) with regard to the potential for diabetic ketoacidosis (DKA) shows that type 2 diabetes patients on sodium-glucose cotransporter 2 (SGLT2) inhibitor drugs appear to have double the risk for DKA when compared with patients using dipeptidyl peptidase-4 (DPP-4) inhibitors. Invokana is a member of the SGLT2 class, and ample concern has been expressed over Invokana linked with cardiovascular injuries and kidney failure.
Read [ Invokana Adverse Events Subject to Much Scrutiny ]

Invokana to Get Black-Box Warning over Amputation Risk 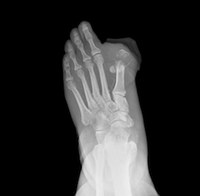 Washington, DC: An issue that looms even larger than that of Invokana linked with cardiovascular injuries and kidney failure is the potential for amputation associated with the diabetes drug. The issue first surfaced a year ago when the US Food and Drug Administration (FDA) issued an alert after studying the results of two clinical trials, warning that users of Invokana and Invokamet were twice as likely to require amputations of appendages, or limbs.
Read [ Invokana to Get Black-Box Warning over Amputation Risk ]

Trenton, NJ: We’re coming up to the first anniversary of a health and safety review conducted by Health Canada in May, 2016 with regard to Sodium-glucose cotransporter-2 (SGLT2) inhibitors: Invokana (canagliflozin), Forxiga (dapagliflozin), and Jardiance (empagliflozin). The move followed a similar review and a warning by the US Food and Drug Administration (FDA) with regard to the potential for cardiovascular injuries and kidney failure.
Read [ Invokana Lawsuits Keep Trickling In ]

Invokana Lawsuits Will Remain in Federal Court In Philadelphia

Philadelphia, PA: A series of complex legal arguments and maneuvering with regard to jurisdictional issues may have served to briefly divert attention away from Invokana adverse events. However, plaintiffs are nonetheless steeled in their resolve to pursue compensation amidst allegations over Invokana linked with cardiovascular injuries and kidney failure.
Read [ Invokana Lawsuits Will Remain in Federal Court In Philadelphia ]

Trenton, NJ: It was about a year ago that the European Medicines Agency (EMA) raised the alarm over kidney problems associated with diabetes medication Invokana and other drugs in the SGLT2 class. This followed a warning the previous year from the Institute for Safe Medication Practices, which reported in 2015 its identification of some 457 serious adverse events involving kidney failure or impairment. Dehydration and fluid imbalances, kidney stones, urinary tract infections and abnormal weight loss were also identified. That led to various headlines suggesting Invokana Linked with Cardiovascular Injuries and Kidney Failure.
Read [ Invokana Still Invoking Concerns ]