Januvia Pancreatic Cancer Risk Being Studied by the FDA

A Type 2 diabetes drug that earned $4.1 billion in sales for its manufacturer in 2012 continues to come under fire over concern for serious adverse events and health issues. While the US Food and Drug Administration (FDA) sounded the alarm about Januvia in 2009, a prominent consumer advocacy group has joined the clarion calls with regard to the potential for Januvia pancreatic cancer. 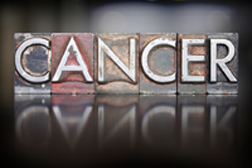 Public Citizen, which promotes consumer advocacy from its home base in Washington, cites a study that provides evidence of increased pre-cancerous changes in diabetic patients using incretin mimetics.

The statement was issued in reference to a study led by researchers Alexandra Butler and Peter Butler of UCLA. According to a Bloomberg News report appearing in The Star-Ledger (Newark, 3/24/13), the FDA has taken the results of the study under advisement and is analyzing the findings.

Januvia, which lay at the foundation of concern over Januvia pancreatic cancer, is part of a class of drugs that is thought to pose a risk to the pancreas as well as the thyroid. Many a plaintiff has filed, or is in the throes of filing, a Januvia lawsuit, and legal experts predict those lawsuits will be of a sufficient number to warrant consolidation into multi-district litigation.

According to The Star-Ledger, an analysis of insurance records revealed that Januvia and other Type 2 diabetes drugs in its class could double a patient’s risk for pancreatitis. The analysis was published in February in the Journal of the American Medical Association (JAMA).

In a study published in Diabetes, a journal under the auspices of the American Diabetes Association, pancreases from 20 diabetics were examined. In patients treated with incretin therapy, there was a 40 percent increase in pancreatic cells as well as cell damage.

“These findings are in accord with the rapidly increasing number of reports to the US Food and Drug Administration of pancreatic cancer in patients using these drugs compared with diabetics using other drugs,” Public Citizen said in a statement. The research showed that in humans, incretin therapy resulted in “marked” cell proliferation and damage, with a potential for evolution into cancer, including Januvia cancer.

More JANUVIA News
Of the basket of Januvia side effects, Januvia pancreatitis is the most serious and serves as the primary driver for anyone pursuing a compensation claim through litigation.

For its part, Merck is not buying into the increased risk reports and stands behind Januvia.

“We would remind you that the FDA said [last month] that the FDA has not reached any new conclusions about safety risks with these medicines, and at this time patients should continue to take their medicine as directed until they talk to their health care provider, and health care providers should continue to follow the prescribing information in the drug labels,” said Merck & Co. spokesperson Kelly Dougherty, in a statement.

There were no references to Januvia and cancer in the statement.