When Janumet (sitagliptin and metformin combined) was approved by the US Food and Drug Administration (FDA) in 2007, the type 2 diabetes drug was within five years of achieving sales of $1.7 Billion. That year, when Janumet hit blockbuster status by 2012, the parent drug of Janumet – Januvia – earned $4 Billion for manufacturer Merck & Co. Januvia has been associated with Januvia side effects, and has resulted in Januvia cancer lawsuits. 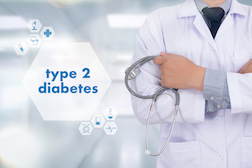 But so has Janumet. In fact, within two years of giving the nod to Janumet for use in the US, the FDA was back in 2009 with a mandate for new warnings with regard to the risk for pancreatitis related to both Januvia and Janumet. The duo belong to the dipeptidyl peptidase-4 (DPP-4) inhibitor class of incretin mimetics and were linked to 88 cases of pancreatitis reported to the FDA’s adverse events reporting system (AERS) between October 2006 (the year before Janumet was approved) and 2009.

Thus, reports for 2006 were confined to Januvia side effects, as Janumet was still a year away.

However, Janumet in isolation quickly came to the attention of the FDA, after studies suggested that Janumet may be associated with pre-cancerous cellular changes in the pancreas (pancreatic duct metaplasia). Pancreatitis can lead to cancer of the pancreas.

When the FDA mandated new warnings for Janumet in 2009, the regulator also compelled Merck to study the effects of both Janumet and Januvia on the pancreas with regard to a potential association for Januvia pancreatic cancer (and similar suspicions over Janumet). Merck agreed to conduct a three-month study for completion in March, 2011 with a final report three months later.

However, when the promised report failed to appear by February 2012, the FDA was compelled to censure Merck over the missing study results.

Even if the results had been filed by deadline, it would not have helped Rebecca Tite, a type-2 diabetes patient from Kentucky who was prescribed Janumet in 2010. A year later, Tite was diagnosed with Janumet pancreatic cancer.

More JANUVIA News
Her family launched a Janumet lawsuit alleging wrongful death. The Janumet cancer lawsuit alleges that information about the connection between the drug and pancreatic cancer was withheld by the manufacturer and thus, Tite would not have been in any position to make an informed decision to take Janumet.

The Janumet Cancer Lawsuit is In Re: Incretin-Based Therapies Product Liability Litigation, MDL No. 2452, in the US District Court for the Southern District of California.

It should be noted that Merck & Co. revealed in its Form 10-K Report filed with the US Securities and Exchange Commission (SEC) for the fiscal year ended December 31, 2016 that Merck is a defendant in approximately 1,195 claims alleging ‘generally’ that use of Januvia and/or Janumet caused the development of pancreatic cancer and other injuries.