The Case against Fracking: Forensic Chemist Weighs In

From a scientist’s point of view, the biggest problem we face with fracking is that we don’t know what is exactly being put into the ground and what is coming back out. So why doesn’t the public know? Forensic chemist Gregory Marsh says it is mainly due to lack of regulations and because of corporate proprietary formulations that are trade secrets. 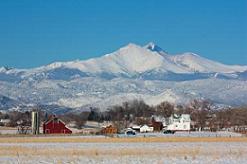 “These fracking corporations have a right to secrecy just like Coca-Cola has its secret formula,” says Marsh. “But the hydraulic fracking issue is magnified by what we don’t know and, combined with the lack of power by regulatory agencies, we have a big problem.” In other words, you don’t have the right to know that you could be poisoned.

We all know the political process is slow: it hasn’t caught up to dealing with hydraulic fracturing chemicals. And regulatory agencies do not have the ability to find out from fracking companies what chemicals they are putting into the earth simply because they don’t have the funding. “So it is a double-edged sword - cutting both ways against you and me and the environment and future generations,” says Marsh.

At the risk of sounding like Donald Rumsfeld, what do we know that we don’t know? Marsh says the answer is quite simple. “What we don’t know can and most likely will cause long-term damage wherever these fracking fluids and resulting emissions end up.

“The frightening issues about fracking are the massive amounts of chemicals, and so many chemicals put into the ground and the massive amounts of water required. As we all know, water in the American west is in short supply. And we don’t know all that comes out of the hole after it is fracked. But we know that mercury is one of them and mercury has been a deadly controlled substance for decades.”

Marsh lives in Colorado - a state that isn’t particularly associated with fracking contamination. But fracking pollution knows no boundaries and a good deal of that state’s pollution is now caused by fracking. “There are small areas of Colorado that are still pristine but the fracking pollution is spreading rapidly because the government isn’t regulating anything,” says Marsh. “Just like every other state, we need the quality control that always costs money and never generates revenue.”

Quality control applies to everything, from your computer keyboard to the seams in your clothing. If your clothes weren’t properly sewn, you would have a problem. If the quality control in that product was so bad, that person or company would go away. Not so with fracking. “If you are fracking with bad quality of control, the damage you do may last millions of years,” adds Marsh. A chilling thought.

“We know that the government doesn’t have a handle on quality control. They aren’t farming out quality control to the private sector so they can employ reasonable levels of health and safety measures that are dictated by the precautionary principal.”

(Check out more about quality control and the precautionary principle on Marsh’s website.)

“We need to apply quality control to affect the precautionary principal that will in essence protect the population from the downside of this very lucrative industry,” Marsh explains. “In other words, we cannot let fracking companies socialize.”

The word “Socialize” in this context means that the fracking industry is making buckets of money and privatizes profits while passing the costs on to us. Ralph Nader said, “Ours is a system of corporate socialism, where companies capitalize their profits and socialize their losses...in effect, they tax you for their accidents, bungling, boondoggles, and mismanagement, just like a government. We should be able to dis-elect them.”

In March 2013, a Wyoming judge ruled against environmental groups attempting to make public the list of toxic ingredients used in hydraulic fracking fluid. The judge ruled that Wyoming’s state oil and gas supervisor was authorized to withhold the information because the list of chemicals is considered a trade secret.

More HYDRAULIC FRACTURING News
So companies like Halliburton cannot be held responsible when it contaminates your groundwater. For instance, if you get sick, your medical costs will be paid by Medicare, a social program. If your property value goes down because your neighbor sold rights to a fracker, they aren’t going to pay you, and the fracking industry will not be held responsible to clean up your groundwater.

Fracking attorneys are working on behalf of landowners and residents near fracking sites to stop potential contamination and to push oil companies to provide full disclosure of the chemical mixtures they’re using.

Posted by
Greg Marsh, Exposure Scientist
on September 1, 2013
Dear H.,
Exemption from the Clean Water & Clean Water Acts is the norm here in Colorado that results in no visible reduction in fracking. On average a fracking well field looses about 4% of production due to uncontrolled and/or unknown leaks* into the atmosphere. The 'Precautionary Principle' (see: www.forensic-pro.com/info.htm) is little impediment throughout the U.S.
*At a renewable energy conference in Denver on 13 Aug. '13, R. Andreas Kraemer, founding Director of Eco Logic EU (see: http://www.ecologic.eu/493), stated: "'All wells leak [between strata]'. People in Germany all live very close together and quality of ground water is critical to their wellbeing. Therefore, fracking is not considered."

Posted by
H
on July 10, 2013
Didn't Colorado pass one of the strictest fracking laws in the nation last year or the year before wherein the fracking companies have to disclose all chemicals used in the process?
Also in Pennsylvania the EPA showed there was no contamination of a town's water by fracking.

There's so much disinformation put out by both sides of this issue it has people's heads spinning. I for one would love to have energy independence. That means continuing to utilize our natural resources in the most responsible manner possible while developing more efficient "green technologies."

Posted by
Greg Marsh, Exposure Scientist
on July 9, 2013
Be advised, notwithstanding the fact that politicos and government are helping corporate America guard their deadly secrets in so many ways, other very large corporations (Scientific, etc.) are making much critical information readily available for the sole purpose of increasing their 'bottom line'! This is indeed an anomaly that provides important information much to the consternation of the frackers.
.