From Gavel to Shackles: Celeb and Sierra Club Protest Fracking

The Sierra Club, along with the Center for Biological Diversity filed a fracking lawsuit this past April on the heels of a legal victory against fracking and drilling on public lands. About 17,000 acres in Monterey, San Benito and Fresno counties are in dispute. 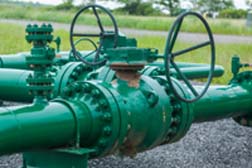 On its website, Michael Brune, Executive Director of the Sierra Club, says it is against opening any new areas for oil and gas drilling, especially when long-term impacts to our health, environment and climate are still largely unknown. “Fracking for oil is not a safe solution for securing our energy future. Instead of leasing land for more dirty fuel drilling, the Obama administration needs to double down on clean energy,” he said.

The Sierra Club lawsuit is the second filed against the Bureau of Land Management (BLM) alleging the government did not fully consider the dangers that fracking can cause to watersheds, endangered wildlife and air quality before the government agency auctioned off the land leases in December. In response to the first lawsuit, a federal judge ruled that the BLM violated the law when it issued other oil leases in Monterey County before taking into consideration hydraulic fracking’s impact to the environment. This was a landmark step for those opposing fracking: a court opinion had found a federal lease sale invalid for failing to address fracking risks.

The Sierra Club and the Center ideally want to see the lease sale set aside, and at the least curtail all drilling and fracking on the leases before a thorough analysis of the environmental risks has been completed.

BLM auctioned the lands to oil and gas companies last December without a complete analysis and despite local residents and businesses objecting to fracking.

From gavel to shackles, across the pond, anti-fracking sentiment also runs high. Self-described “eco warrior” Natalie Hynde, 30-year-old daughter of Pretenders singer Chrissie Hynde and Ray Davies of The Kinks, was charged with a public order offence after creating a “human padlock” with another protestor.

Like daughter like mother? Chrissie Hynde was arrested in 2000 and 2003 for protesting against animal cruelty. “I’m sure my mum did affect me. I always remember that awareness being there and feeling very right,” Natalie said in an interview with London’s Evening Standard. “I’m going to try to get my parents down here (to the protest site)…they’re proud and supportive of my activism. I sent my dad a link to dangersoffracking.com and he replied, ‘I’m in shock.’”

The protesters are focusing on Balcombe, a village in the southern English countryside, as Cuadrilla Resources is beginning exploratory drilling. The company intends to use hydrofracking to extract oil and gas deposits. Company spokesperson Francis Egan said that fracking was safe and would not pose a threat to the public or people’s drinking water, and that “significant” amounts of oil and gas could be made available through the process.

Fracking has been found to use a toxic mix of chemicals that are known to contaminate drinking water in people’s wells, and create respiratory problems and other sicknesses in people living nearby hydraulic fracking areas. Additionally, countless wildlife can be poisoned and killed.

If that isn’t bad enough, recent reports from the International Energy Agency state that continuous drilling and fracking release enormous amounts of methane into the atmosphere, which is 105 times more potent than carbon dioxide as a greenhouse gas over a 20-year-period. The experts say fracking brings us closer to climate disaster with every fracking well drilled.