LAWSUITS NEWS & LEGAL INFORMATION
Home Page >> Lawyer Interviews >> Did JPMorgan Chase Have Anything to Do w..

Did JPMorgan Chase Have Anything to Do with Your Foreclosure Case?

The US home foreclosure crisis and the practice of bundling mortgage debt into securitized bonds seems to be a never-ending source of problems. Now, a consumer fraud class-action suit, filed in US District Court, claims that JPMorgan Chase routinely uses fake documents to misrepresent itself as having standing in bankruptcy cases. Rather than bare the cost of proving the chain of ownership, Chase simply manufactures documents. "We've been able to track the JPMorgan cases from Santa Barbara, down to Orange County, Riverside and Los Angeles," says attorney Joe Roberts, "and you see the same nonsense documents being filed, and you see the judges biting on it, and you see the attorneys lying down and letting JPMorgan assert itself." 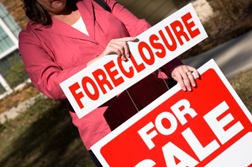 The case started out as a battle with JPMorgan on behalf of a single client but turned into a class action after Roberts noticed a pattern in the courts where JPMorgan was involved.

"This is not going to stop individual foreclosures," says Roberts. "It's the practice that we are targeting. People should have their day in court and be able to say that's not the guy that owns my loan, and he does not have the right to impose the remedy he seeks."

Ironically, most of the time, Robert says, JPMorgan is the legitimate owner of the loan—it just doesn't want to spend the time and money to "prove it up."

"Ninety-five percent of the time they may really have standing in bankruptcy court to do what they are doing," says Roberts. "The problem is they just don't feel like they have the obligation to spend the money to establish their burden. It denies people their day in court, it chills the opposition and it results in an easy win."

According to the complaint, JPMorgan Chase played a game of "hide and seek" with "debtors, judges and bankruptcy judges," using Photoshop-altered affidavits, endorsements, deeds and other documents to establish its rights as a secured creditor in hundreds of bankruptcy cases.

More CONSUMER FRAUD News
"It is almost as if they think they are justified because they can save money to manufacture and make these false representations," says Roberts. "The result is they win all these motions because the documents look so good. The lawyer's fees for winning are then passed onto consumers and they are that much closer to bankruptcy."

The practice effectively transfers the liability for the loss back to the mortgage-backed securities bond holders. The class-action suit seeks compensatory, statutory and punitive damages for unfair and deceptive trade, and "an order vacating all bankruptcy orders, claims and awards granted based on Chase's misrepresentation and deceptive business practices."

Posted by
Karen Focht
on July 6, 2013
JPMorgan Chase Bank National Assoc.,is the lender on a condo in SW Fla. Economy went down with close to 90,000 foreclosure/bankruptcies. The condo is under my name and my daughter, I was hurt on the job and in rehab, my daughter was a teacher and was tutoring plus working as a waitress at night and weekends. We had a real estate agent who found two short sales for the condo. We filled out the proper paperwork to notify Chase of going with a short sale. I paid a real estate attorney to go forward with the short sale closing. Chase Mortgage ignored the phone calls and notifications sent to them never responded not even the day before the closing. We lost the 2nd short sale also. I live in GA., and my daughter still lives in Fla. We both ended up in a bankruptcy with this condo. Once again no a action with Chase Mort., until after my case was discharged in 2011. Chase's attorney Aldridge/Conners - Christopher R. Kasper, Esq. from Boca Raton, Fla. is taking my daughter and myself to court for reasonableness of Plaintiff's fees. They state a expert atty., will be brought in to testify regarding the fee's and any impeachment evidence, their exhibit list has 24 misc., items. I would appreciate any information that you may have to help us over turn their policy of searching out those who have gone through the ringer (bankruptcy) to make money and cause my daughter and myself ( I'm sixty) more emotional stress going to court. They never showed up before the Judge a few months ago and he sent them a direct order to respond. Chase's attorney just sent me the court date notice I only have 10 days to prepare and drive 10 hours to Fla. Thank You
Posted by
Phil Bachinski
on June 17, 2013
Wells fargo Home Mortgage committed Foreclosure Fraud on our house and sold it in a Sherriff Sale, while we were living in it. We didn't even know it until 5 months later,I have all the documents