Homeowners across the US were affected by foreclosure fraud in recent years. This foreclosure fraud may have involved faulty documents and/or procedures, which resulted in homeowners wrongfully losing their homes. Officials in numerous states are now investigating allegations of improper foreclosures against banks and, in some cases, other third parties. Meanwhile, homeowners have also filed foreclosure lawsuits, alleging banks used an unethical foreclosure process to force them out of their homes.

Send your Foreclosure claim to a lawyer who will review your claim at NO COST or obligation.
GET LEGAL HELP NOW 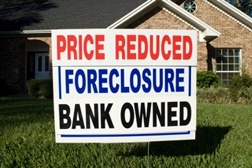 During difficult economic times, some homeowners have difficulty making payments on their mortgage. The majority of these people are hard-working, honest people, who expect that if they are subject to foreclosure on their property, the company doing the foreclosing will also be honest and ethical and ensure the homeowners' rights are protected. Allegations have been raised against various banks and trustees that foreclosure laws have been broken and illegal procedures used to hasten the foreclosure process and push more people into foreclosure than should have been.

Some states require a judicial review of foreclosures, which means that a court filing must be completed before the foreclosure goes through. Some states, however, do not require a judicial review. Instead, foreclosure is done via public auction, which is overseen by a trustee. That trustee is supposed to act as a neutral third party in handling foreclosures. In both situations, allegations have been raised that companies (including banks and trustees) have used illegal means to foreclose on properties, forcing people out of their homes.

Among allegations about illegal bank foreclosures are that many companies involved in foreclosure are guilty of: In states that do not require a judicial review of foreclosures, some trustees are accused of posing as corporate bank officers and illegally signing documents.

According to the Servicemembers' Civil Relief Act (SCRA), even in states that do not require judicial review of a foreclosure, a judge is required to authorize foreclosures on homes of military members. That authorization can only be given after a hearing at which military members are properly represented. The SCRA is in place to protect active military members, some of who might be on lock down and unable to communicate with outsiders or make mortgage payments. In some cases, service members have allegedly returned from active duty with no knowledge or warning that their home was foreclosed on.

Lawsuits have been filed against a variety of banks including JPMorgan Chase, Deutsche Bank and CitiMortgage, alleging the financial firms illegally foreclosed on the homes of active service members by not obtaining a court approval of the foreclosure. In 2011, JPMorgan Chase was ordered to pay $56 million to troops and told to change its procedures regarding its treatment of military personnel.

Foreclosure lawsuits have been filed in multiple states, alleging banks and third parties acted illegally when foreclosing on homes. In 2010, Bank of America suspended foreclosures across the US after officials alleged many foreclosures were based on faulty documents and potentially illegal procedures. 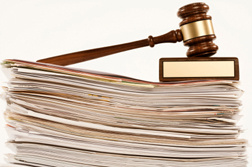 In 2010, a California woman became the first person in that state to win her home back from a lender after it was foreclosed. The 73-year-old filed a lawsuit against Washington Mutual alleging wrongful foreclosure. The homeowner alleged that after she asked her lender to lower her monthly payments, she was told she would be sent a loan modification package. Instead, a real estate broker was sent to tell her the home had been foreclosed. A judge ruled in favor of the homeowner, finding that Washington Mutual acted improperly in foreclosing on the home.

If you or a loved one has suffered damages in this case, please click the link below and your complaint will be sent to a lawyer who may evaluate your claim at no cost or obligation.
Please click here for a free evaluation of your Foreclosure claim
Last updated on Nov-16-11

An Illinois district court judge affirmed a $2 million verdict against a Texas-based mortgage servicer for its collection activities against an elderly homeowner.READ MORE
Did JPMorgan Chase Have Anything to Do with Your Foreclosure Case?

The US home foreclosure crisis and the practice of bundling mortgage debt into securitized bonds seems to be a never-ending source of problems. Now, a consumer fraud class-action suit, filed in US District Court, claims that JPMorgan Chase routinely uses fake documents to misrepresent itself as having standing in bankruptcy cases. Rather than bare the cost of proving the chain of ownership, Chase simply manufactures documents. "We've been able to track the JPMorgan cases from Santa Barbara, down to Orange County, Riverside and Los Angeles," says attorney Joe Roberts, "and you see the same nonsense documents being filed, and you see the judges biting on it, and you see the attorneys lying down and letting JPMorgan assert itself."READ MORE
Major Banks Hit by New Round of Foreclosure Lawsuits

Posted by
ANN Majerus
on August 31, 2018
I have been told with in the past week that my case is subject to time limitations and failure to act specified time. Starting
in 2008 with foreclosure, then mediation followed.

I've been told by others in the same situation, say there is no time limitation against Bank of America.

Posted by
kenneth holland
on April 12, 2018
in September of 2013 I was given a trial period of a government modification and maid 3 pymts. in good faith with b of a.i then made 13 more pymts. and then told they would not accept any further pymts all because they can't locate the acceptance letter for the modification loan.can you help me to keep my home before they evict me and my disabled daughter from the house.
Posted by
David fee
on September 3, 2017
SPS , Chase , La Salle bank, US bank ,QLS, CRC AND ALAW ALL SHOULD BE PUT IN JAIL ASAP AND ALOT OF JUDGES !
They have put my family through hell !
9 years , fake docs , accounting errors , bad law firms Chase and SPS HAS HIRES TO DO DIRTY WORK , THEN THERE IS LPS , DAVID STERN . THEY ALL SHOULD FACE FIRING SQUAD !

I am still fighting this foreclosure and it is November, 2014

Posted by
Arkansas
on November 24, 2014
Home foreclosed on while loan modification being reviewed.