Major Banks Hit by New Round of Foreclosure Lawsuits

State officials from Massachusetts have targeted the nation's five largest mortgage servicers with foreclosure lawsuits for allegedly pursuing illegal practices and misleading troubled borrowers, according to the Los Angeles Times. 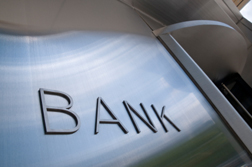 The newspaper reported that in suing, Massachusetts Attorney General Martha Coakley increases the pressure on the banks, which are negoitating with a coalition of attorneys general in an effort to reach a settlement over the firms' foreclosure and mortgage-servicing practices.

The move could also widen a rift between the states involved in the talks and other states, including California, that believe the discussions may be headed in the wrong direction.

Coakley defended their actions and noted action was necessary because "the banks have charted a destructive path by cutting corners and rushing to foreclose on homeowners without following the rule of law."

More FORECLOSURE News
"We have two clear goals with this lawsuit—one is to provide for real accountability for the role the banks have played in unlawful and illegal foreclosures, and secondly to provide for real and enforceable relief for the harm that the misconduct has caused," Coakley said in a press conference after announcing the lawsuit.

The lawsuit came about because of the alleged injustice that Coakley and some of her colleagues saw, as she noted the banks have had more than a year to "show accountability for this economic mess," according to the Journal.

The newspaper reported that the banks had been hoping to put the issue behind them by reaching a blanket agreement with the prosecutors. The Massachusetts complaint, and potentially similar moves by other states, could be the first phase in a larger legal battle that the banking institutions had hoped to avoid.

"This could put pressure on banks and lead to a stronger settlement for homeowners," Lewis Finfer, executive director of Massachusetts Communities Action Network, told the Journal.

If you or a loved one have suffered losses in this case, please click the link below and your complaint will be sent to a real estate lawyer who may evaluate your Foreclosure claim at no cost or obligation.
Request Legal Help Now

Posted by
Sandy
on May 13, 2013
The same exact thing happened to me with Nationstar. Twice
Posted by
wayne wyatt
on May 13, 2013
i am trying to get in touch with mr. keith Cabaniss about his law suit for forclouser. i have the same problem and filing suit myself to fight it. i did a modification before forclouser and they were in breach of contract and sent my first 3 payments in on time and they returned my checks and then filed the forclouser. keep putting it off in court and trying to work with thier lawyers. but it seems im going to have to file suit for
preditory lending, elligal forclourser and breach of contract and also sueing for medical damages would like to here form this person or anyone who has filed suit against nationstar mortgage or even if you are having problems with them. this problem has been going on ever sence centex sold to nationstar. i have had 2 heart attacks 2 brain anurisums and high blood pressure only sleep ever second night. cant hold out much longer.
can be reached at cell 318-415-9625 leave message
thanks
wayne wyatt

Introduction: This complaint alleges inter alia that Nationstar Mortgage wrongfully foreclosed on real property commonly known as 81 Greystone Trial, Black Hawk, Colorado, 80422. Specifically, Nationstar repeatedly and falsely told Plaintiff that his loan modification was either in-process or had been approved, failed to inform plaintiff that his loan-modification application had been denied, and that this failure prevents plaintiff from exercising legal rights, including but not limited to, Chapter 13 bankruptcy, that would have allowed him to retain title to his home, which he largely built with his own hands.

Plaintiff, Keith Cabaniss, pro se, for his complaint against Nationstar Mortgage, swears and affirms that:

1. Defendant, Nationstar Mortgage, is a national mortgage lender that has transacted business in the state of Colorado.

2. Plaintiff, Keith Cabaniss, is an individual who resides in, and previously owned and occupied real property located in Gilpin County, Colorado.

3. The real property that Cabaniss previously owned has a common street address of 81 Greystone Trail, Black Hawk, Colorado, 80422 (the “Home”).

5. The legal description of the Home is:

6. Cabaniss was the first owner of the Home.

7. The Home is located in the mountains of Gilpin County, Colorado.

8. The Home has a unique and spectacular view of the Continental Divide and Longs Peak.

9. Cabaniss designed the Home, and largely built and finished it with his own hands.

10. Cabaniss purchased the land on which the Home resides in November, 2003; built the home from July 2004 through January 2007; and completed its interior and first occupied the Home in January 2007.

12. The Note was secured by a Deed of Trust on the Home.

13. Nationstar filed an action on January 17, 2008, to recover title to the Home by having the Gilpin County Public Trustee conduct a public sale of the Home (the “Foreclosure”).

14. On information and belief, Nationstar did not own the Note or hold the corresponding Deed of Trust when it filed the Foreclosure.

15. On information and belief, Nationstar sold the Note and had previously assigned the Note and/or the corresponding Deed of Trust at the time when it filed the Foreclosure and thereafter.

16. On information and belief, Nationstar acted only as the servicer of the Note, i.e. Nationstar did not own the Note, but contracted with the Note’s owner to administer the Note, including to collect payments made on the Note.

19. Nationstar’s agent, Vessia, told Cabaniss on February 27, 2009, that his SMP modification had been approved.

20. Cabaniss made one payment under the SMP.

21. Thereafter, Nationstar called Cabaniss and informed him that SMP had been cancelled, and Cabaniss would instead enter a Trial Period Plan under the Home Affordable Modification Program (“HAMP”).

23. HAMP requires that applicants complete a three month trial period by making the payments that would be required under a proposed modified loan terms. If a HAMP participant makes these required trial-period payments, the participant’s loan may be modified to reflect the trial-period’s payment terms.

24. Cabaniss timely made his August and September payments under HAMP.

25. Cabaniss pre-paid his October HAMP payment with his September payment.

26. In September of 2009, Cabaniss called Nationstar to ensure that it had received his August, September, and October HAMP payments.

28. Assuming that Cabaniss met other HAMP program requirements, Cabaniss’ successful completion of the HAMP trial period entitled him to have his loan modified in accordance with the trial-period payment terms.

29. Nationstar confirmed to Cabainss that (a) it had received his August, September, and October HAMP payments; and (b) it was sending his plan to another Nationstar department to draft new loan documents for Cabaniss’ new and modified HAMP loan.

30. Cabaniss’ HAMP loan-modification application was denied on or about Septmber 28, 2009.

32. Nationstar did not notify Cabaniss that his HAMP application had been denied.

33. Nationstar was required to notify Cabaniss that his Hamp application had been denied.

34. Cabaniss did not receive new HAMP loan documents from Nationstar.

35. Cabaniss did not make further payments to Nationstar while he was waiting to receive his new HAMP loan documents.

36. Nationstar consistently told Cabaniss that his new, modified, HAMP loan documents were in progress. The communications between Cabaniss and Nationstar, include, but are not limited to the following communications:

a. Cabaniss called Nationstar on December 10, 2009, and informed it that he had not yet received any new, modified, HAMP loan documents. Nationstar informed Cabaniss that it was "still working to prepare new loan documents, could take another month."

b. Cabaniss called Nationstar again on January 26, 2010. He informed Nationstar that he still had not received the new, new, modified HAMP loan documents. Nationstar told Cabaniss that “everything is ok.”

c. At the time Nationstar made the statements in the immediately preceding paragraphs (a) and (b) to Cabaniss, Nationstar knew that these statements were false.

37. On or about four days after the January, 26, 2010, telephone conversation in which Nationstar told Cabaniss that “everything is OK,” Nationstar set a sale date for the Foreclosure.

39. February 26, 2010, was the last date on which Nationstar could schedule the Foreclose Sale without having to file a new action to request a Public Trustee Sale of the Home.

42. Cabaniss learned of the Foreclosure Sale on March 3, 2010, when he discovered a notice that Phil Heter, a Denver-based repossession/eviction processor and REO broker, that Fannie Mae now owned the Home.

45. Brown and Cabaniss went through Nationstar’s records of the communications between Cabaniss and Nationstar.

46. Brown stated that Nationstar’s records of its communications with Cabaniss comported with Cabaniss’ own records of these communications, which are reflected in the preceding paragraphs of this Complaint. Brown also confirmed that Nationstar had not notified Cabaniss of the Foreclosure Sale or of that Cabaniss’ HAMP application had been denied.

47. Despite his concurrence with the facts as Cabaniss presented them, Brown and Nationstar refused to rescind the Foreclosure Sale. More specifically:

a. Cabaniss asked Brown, “What Happened?”

b. Brown responded, "Something transpired."

c. In response to further questions from Cabaniss, Brown would not reveal what transpired, refused to rescind the Foreclosure Sale, stated that he was going to terminate the telephone call, and then hung up.

48. On May 17th, Cabaniss held a conference call with Geraldo Hernandez of Nationstar and Jeff Plaine of Money Management (a HUD-certified loan counselor).

49. During this May 17th conference call, Hernandez again affirmed that:

b. Nationstar did not notify Cabaniss that his HAMP loan-modification application had been denied.

50. On May 20, 2010, Cabaniss spoke via telephone with Chelsea Giles of Nationstar Mortgage’s legal compliance department in Dallas, TX. He asked why Nationstar proceeded with the Foreclosure Sale despite having informed Cabaniss that “everything is OK.”

a. Chelsea Giles responded that there had been a "miscommunication between [Nationstar’s] Loss Mitigation and HAMP department[s]."

b. Thereafter, Cabaniss asked Chelsea "Why am I being held accountable for miscommunication within Nationstar?"

c. Chelsea Giles responded, “There is no explanation."

53. Cabaniss has been damaged by the wrongful Foreclosure Sale.

56. As part of the Note, Nationstar had an obligation to deal fairly and in good faith with Cabaniss in its efforts to enforce the Note.

57. Nationstar did not deal fairly and in good faith with Cabaniss in its efforts to enforce the Note.

58. Cabaniss has been damaged by Nationstar’s lack of fairness and good faith in an amount to be determined at trial.

61. Nationstar’s misrepresentations detailed in paragraph 60 above are false.

64. Cabaniss relied on Nationstar’s misrepresentations to his detriment.

68. Nationstar failed to disclose the material facts detailed in paragraph 67 above to Cabaniss.

69. Nationstar’s failure to disclose the material facts detailed in paragraph 67 above to Cabaniss was willful and intentional.

70. Cabaniss has been damaged by Nationstar’s willful and intention non-disclosures in an amount to be determined at trial.

Cabaniss demands a trial by jury.