Got to hand it to attorney John Narkin. He's got this foreclosure crisis thing figured out—well, near as anyone can figure it out. The 113-page class-action suit on behalf of distressed homeowners filed by Narkin's firm, BHN Law in Philly, lays out the whole sorry story in amazing detail, complete with links to video clips. 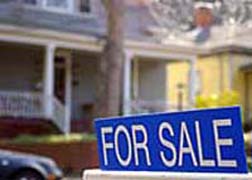 In addition to demanding that well-known culprits in the lending business pay up for the pain they caused, BHN also comes down hard on a law firm that worked with Wells Fargo, N.A., Countrywide, and others. It describes the firm in the documents filed as "a foreclosure mill" with a Gordon Gecko "greed is good" attitude.

"Obviously this is a national disgrace," says Narkin, whose firm specializes in hunting down boogie men involved in everything from securities fraud to consumer protection law.

"The tentacles of the foreclosure mess are amazing," says Narkin. "The mess created by predatory lending is one thing, but consider also what an awful investment collateralized debt lending turned out to be."

Narkin's firm has devoted hundreds of hours to a class-action complaint that alleges that Countrywide, Wells Fargo and a "high-volume law firm," Phelan Hallinan & Schmieg, engaged in fraudulent schemes to collect inflated and manufactured foreclosure fees from financially troubled families in danger of losing their homes.

The class action outlines the situation as applied to several families, including Charles Giles and his wife. Giles is a first responder with serious health problems that make him unable to work.

"He was on the short end of one of these foreclosure actions," says Narkin. "The foreclosure action was brought by Phelan Hallinan & Schmieg in the name of Wachovia. But Wachovia had transferred all legal ownership two years prior to this action, and a falsified mortgage assignment was used to establish or attempt to establish standing."

"This whole thing nearly destroyed Charles Gilles," says Narkin. "He was forced to sell his house at far below its actual price. This was a situation where he was told they were trying to work out a deal for him and then he ended up facing a foreclosure and sheriff's sale."

The Giles finally hired another lawyer to help them. Phelan Hallinan & Schmieg sent the Giles a bill for legal expenses in excess of $7,000.

You don't make serious allegations against another law firm unless you think you're right, and Narkin clearly believes the law will ultimately reveal itself to be favourable to the plaintiffs.

The class action is in fact an appeal of a lower court's ruling of a narrower complaint that Narkin argues was dismissed on a technicality involving US bankruptcy laws that the suit argues is unrelated to the more serious allegations.

More FORECLOSURE CRISIS News
The suit asks for an injunction to prevent Phelan Hallinan & Schmieg from engaging in further foreclosure procedures and seeks damages for injuries sustained by the homeowners due to violations of the Racketeer Influenced and Corruption Act (RICO), and violations of the Fair Debt Collections Practices Act (FDCPA).

Narkin's clients are seeking both statutory and actual damages (which allows for treble damages under RICO), as well as the costs of the suit and reasonable attorney fees.


John Narkin is a graduate of the Rutgers University School of Law and New York University. He has been an integral part of the successful prosecution of numerous class actions on behalf of consumers and investors. In 1992, Narkin was invited to the White House to discuss reforms of the federal rules governing shareholder class actions. Narkin is known as an outstanding brief writer whose work has led to numerous multi-million dollar suits.

If you or a loved one have suffered losses in this case, please click the link below and your complaint will be sent to a financial lawyer who may evaluate your FORECLOSURE CRISIS claim at no cost or obligation.
Request Legal Help Now

Posted by
Riccardo
on November 24, 2019
We all know what banks did and what banks are doing!!
Nothing is happening...
Bla bla bla....bla bla bla...
Here and there see banks get sued and pay
Families got destroyed in the name of greed and fraud
No law firms have the balls to go after judges and the courts!!
We should remind the courts that they only should enforce the law
THEY DONT make the law!!
Almost every foreclosure case has been fabricated with false documents
Every foreclosure is granted an assumption that who hold the note bought it ... paid for it , most cases the plaintiff the servicer/ trustee are the front of a trust that never bought the loans and the investments bank never transferred the docs in to the trust,
Every law and regulations of securitization were broken and note and mortgage went in a different path!!
The courts allowed foreclosure mills to generated garbage documents and accepted in the foreclosures
Criminal charges should be filed against courts that did not followed the law and regulations and accepted documents printed on toilet paper
We the masses cannot allow the monopolization of our lives in the name of profit greed and fraud!!!
In Kings county’s court the was a judge that dismissed a lot of cases for no standing ... was asking the banks for the right docs to prove standing!!!
He died of NaTuRaL caused suddenly!!!!!
Now kings county court is a mass grave for owners of foreclosures

Now, to sell all these securities, they would have to create a mortgage assignment which is normally recorded with the county land recorders office. Physically, that would take up too much time and would cost filing fees paid to each county for each transaction, so the big banks invented and created MERS,(Mortgage Electronic Registration System)This electronic service was only created to track mortgages sold and bought in the securities sector. MERS legally has no invested interest in the mortgage so they truly are not able to transfer the mortgage acting as a nominee of the loan. But they are and it is Wrong! The chain of title of the mortgage is broken right here at this very early stage. Now that the mortgage was bundled and sold and bought to investors, no actual assignment is recorded with the county local recorders office. By not recording these documents, Fannie & Freddie & and all your Big Mortgage Servicing Banks are saving millions-billions on recording fees, taxes, etc.

What I have found was, the Servicer is listed with the county recorders office as if they own the mortgage, while Fannie & Freddie are selling the mortgage as securities. Kind of like a Pizza shop cooking pizza legitimately up front, and a mobster selling off investments in the back. (Racketeering). So when the Servicer now tries to foreclose on a homeowner, they are not truly the owner of the loan/note, and you have to own the loan/note to foreclose! Many never even question the Servicer and walk away from their home. Now to foreclose as quick as they can, that’s where the robo-signers come in. These people do not check anything about the loan, but only sign a name on an affidavit page on thousands of mortgages to get the foreclosure going before any homeowners begin to catch on. This is considered perjury and fraud on the face of the court.

You see, its a matter of a quick process the Servicing banks want to achieve in order to get the mortgage in there possession. The crazy thing is, when the originating bank gives the loan, and then sells it to the 2nd bank which mostly ends up being the servicer, they sell it to the 2 major players (Freddie & Fannie) and they sell the mortgage back securities to investors. So the servicing bank gets paid for the mortgage and still collects payments toward the mortgage and a percentage goes to the servicer, Fannie & Freddie and the Investor. So they are all making money. Then the Servicing bank comes to foreclose and if they are allowed to foreclose, they get the home without true ownership, even though the loan is actually sold off into bits and pieces. I can go on further, but to conclude, if this were a murder case, I would call this act of the banks premeditated, not an accident. This was all planned out in order to reach the highest profit they could using the mortgage backed securities as a commodity, and have total disregard, deliberately, intentionally ruining the lives of millions of homeowners.

Posted by
DL
on April 4, 2011
I did a refy on my home in 2003 to consolidate a first and second mortgage after my Wife suffered a brain anuryism.

Countrywide table funded this mortgage through Pacific Republic Mortgage (PRM no longer exists) and then securitized it into one of its own CWMBS's.

Anyhow, same old story, sought help from CW's loss mitigation dept, disguised as the work-out dept. and while I was suppose to be getting help CW was foreclosing on my property.

I have managed, somehow, to hold them off for 55 months now. Through 3 foreclosure filings in a non-judicial state first with CW and now with BAC who, of course, bought CW back in 2008.

No legal assignments of the note although 3 of them appear on a blank page attached to the note without dates or verification but absolutely nothing has ever been filed with my local County Trustee.

UBS (formely UBS Warburg Real Estate Investments, Inc.) out of Switzerland is allegedely the beneficiary of all this, what a joke.

To everyone I say "Keep up the fight, keep up the pressure, we are gaining ground and no matter how many times the powers to be blame this on us, the homeowners, the truth is that these Banks to big to fail did not come to the table with clean hands in the first place.

I'm in Colorado and not to much is taking place, not so as you'd notice, but the reality is something different. Can't get lawyers here to get involved, unless you've got large amounts of cash and not much public attention either.

I've been pro se since my BK filing in 2007 but don't know how much longer I can hold on, till I die I guess.

Posted by
Roger Rinaldi
on February 6, 2011
Here in Wisconsin Wells Fargo operates in the county courthouse with the help of the judges who "refuse to give anyone a free house". It doesn't matter who the creditor is, as far as these judges are concerned. "If you didn't pay, YOU'RE OUT!". THE RULE OF LAW IS EXCEPTED FOR THE BIG NATIONAL BANK SECURITIZERS. And the rule of law is also suspended for national law firms hired to protect the banks from predatory lending and servicing claims.

Fraudulent affidavits submitted to Maryland Secretary of State, Notary division, are discarded, all the while notaries are pleading the "fifth amendment" in court for document fraud. Foreclosures are directed by the FDIC on behalf of undisclosed creditors (hedge funds) even though said creditors are 3rd party debt collectors without any security interest in the real estate. Our government is standing by and watching the citizenry become homeless to protect the "too-big-to-fail" national banks: Wells Fargo, Chase, Citibank, Ally (GMAC), US Bank, and their european counterparts Deutsche, HSBC, UBS.

Click to learn more about LawyersandSettlements.com
LawyersandSettlements.com - A trusted, independent legal news provider bringing quality news and information on legal cases and lawsuits filed in the United States of America to its readers since 2002. Over 650,000 legal help requests including Real Estate Cases, Bankruptcy Cases, and Business Frauds have been forwarded to lawyers all across to the country.