It was bad enough that the Alabama widow lost her home to a fire. However, things went from bad to worse after HSBC Finance Corp. and Assurant Inc. are alleged to have zoomed in with a Force-Place Insurance policy on what remained of her burned-out home. 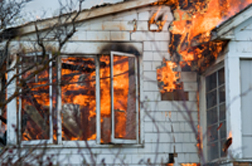 The woman filed a Force-placed insurance lawsuit, in an attempt to make it right.

Forced-Place Insurance is just that - insurance that is placed on a property by the holder of the mortgage. This is done for a variety of reasons. Perhaps the homeowner has let insurance lapse or has under-insured the property. Were a homeowner to own outright his or her own property, then insurance is at the complete discretion of the owner. However, when a property is mortgaged, the lender obviously requires that the property is protected against fire or other damage.

The problem that critics have with lender insurance of this kind is that forced-place insurance terms are often far more expensive and onerous than standard insurance products. There have also been allegations that lenders maintain cozy relationships with insurers, with kickbacks and other perks that benefit the participants but cost the homeowner substantial dollars.

Forced-Place Insurance Lawsuits are often needed to reverse the placement of this insurance and to compensate the plaintiffs for allegedly needless premiums on products that are far more expensive than traditional policies.

In the case of the Alabama Forced-Place Insurance lawsuit, the plaintiff alleges that HSBC force-placed a hazard policy on what remained of her home after it was destroyed by fire, without her consent. The lawsuit alleges the policy, placed through a subsidiary of Assurant, resulted in kickback payments, or commissions paid to HSBC by Assurant for the opportunity of force-placing an expensive insurance product on the burned-out remains of the home.

In her Forced-Place Insurance lawsuit, the plaintiff contends she had fully committed to the idea of placing hazard insurance on her home, but was not able to secure an insure willing to enter into a policy until after the home was rebuilt. According to Business Wire (11/13/13), the move by HSBC to allow Assurant to force-place a hazard policy on the remains of the home cost her thousands of dollars in unnecessary premiums.

More FORCE-PLACE INSURANCE News
At the time of the fire, according to the lawsuit, the home was fully and properly insured in line with obligations the homeowner had with the mortgage holder, HSBC. The plaintiff pursued the possibility of hazard insurance on her own, but all the insurers she contacted were in agreement that hazard insurance would be considered once the home was rebuilt.

To that end, the plaintiff feels that the action taken by the defendants in her Forced-Place Insurance lawsuit was unnecessary, and costs her thousands in needless premiums.

The lawsuit is Blackburn v. HSBC Finance Corp. et al., No. 1:13-mi-99999-UNA, Doc. 2396. The action was filed November 8, 2013, in US District Court for the Northern District of Georgia - Atlanta Division. Defendants include HSBC Finance Corp. and Assurant Inc.
READ ABOUT FORCE-PLACE INSURANCE LAWSUITS