Were you looking for Bank of America Faces Fraud Class Action over Flood Insurance or Force-Placed Insurance and Bank lawsuits?

Send your Force-Place Insurance claim to a lawyer who will review your claim at NO COST or obligation.
GET LEGAL HELP NOW 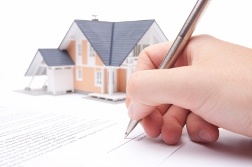 According to Bloomberg (05/06/12), banks and mortgage services have agreements with insurance companies to buy policies on behalf of a homeowner whose insurance coverage has lapsed. The ability to provide force-placed insurance allows banks to protect properties that they have the mortgage for in case of disaster. The bank forwards the premium to the insurer, the insurer pays a commission to the bank and the homeowner is billed for the premium and commissions.

Furthermore, some critics argue that force-placed policies have less protection than cheaper policies and the policies usually protect the lender, not the homeowner.

Force-placed insurance lawsuits have reportedly been filed against insurers and banks for force-placed insurance. A lawsuit against Wells Fargo and QBE was recently granted class-action status by a judge in Florida who alleged the two companies "colluded in a scheme to artificially inflate the premiums charged to homeowners" (as quoted in Business Insider; 02/27/12).

Plaintiffs claim consumers are charged excessive and unreasonable premiums for their force-placed insurance. They argue that force-placed insurance can cost up to 10 times more than traditional homeowners insurance, often with inferior coverage. Meanwhile because banks have set up their own specialty insurance affiliate companies, there are concerns that the financial institutions are involved in a conflict of interest. Finally, there are allegations that unrelated companies may have offered kickbacks for forced-place insurance policies, offering the banks an incentive to pass customers along to force-placed insurance providers.

According to reports, up to 31 financial institutions have been subpoenaed by the New York State Department of Financial Services for an investigation into the overlap between banking and insurance. Meanwhile, more force-placed insurance lawsuits may be filed against insurance companies and banks for unreasonably high force-placed insurance premiums.

If you or a loved one has suffered damages in this case, please click the link below and your complaint will be sent to a Force-Placed Insurance lawyer who may evaluate your claim at no cost or obligation.
Please click here for a free evaluation of your Force-Place Insurance claim
Last updated on May-15-12

Force Placed Insurance is a Forced Relationship of the Worst Kind

Los Angeles, CA: Anyone having trouble believing that their insurance company, or bank could collude in such woeful, self-interested activity as Lender insurance need only look to the alleged activities of State Farm, and Wells Fargo as an indication of behavior unbecoming to their clients, customers and American values.READ MORE
Forced-Placed Insurances Leaves Homeowners Out in the Cold

Washington, DC: There is little doubt that the act of allowing homeowner insurance to lapse on a mortgaged property is not, with little exception, done maliciously. For most, the lapse of property insurance has more to do with human error (forgetting to renew), or financial hardship (“do we pay the insurance this month, or feed the baby?”) There is also little doubt, however that while Lender insurance is a perfectly legal and appropriate response in order to protect the investment of the lender, the extraordinary costs associated with lenders insurance are both mean-spirited and unnecessary.READ MORE
Another Forced-Placed Insurance Class Action in the Works

New York, NY: Yet another Lender insurance class action lawsuit could soon be in the pipeline with investigation into the machinations of Cenlar FSB, identified as a leading provider of mortgages and mortgage servicing suspected of participation in a ‘cozy’ relationship with a provider of lenders insurance.READ MORE

Posted by
David Delaughter
on October 20, 2016
What happens if it's forced auto insurance.
Posted by
elsie Chavez
on November 27, 2015
I sent in my forms for my father that has since expires. His loan was with Wells Fargo my was with HSBC my forms were sent in about 3 weeks late I was in the hospital at the Time. Can you help me. Elsie Chavez
Posted by
Pennsylvania
on April 12, 2015
We have had Allstate flood insurance for 11 years on our property. When we first aquired the insurance, the premium was $250.00 a year. This year the premium rose to $2,450.00 in January. On March 23, I receved a letter from Wells Fargo that they are going to force-place a policy raising my policy of $158.000 to $240,000. I only owe $40,000 on the loan. We can't sell the property because of the high flood insurance. I may have to just walk away. I have no other recourse.
Posted by
Massachusetts
on March 8, 2015
As we were about to change insurance companies for our homeowners insurance, our lender, Ocwen, sent us a letter stating that they were going to "purchase a policy for us" to cover our house, for their protection. We have had insurance on our home, and have made sure for the 10 years that we have had the home, that there has been insurance coverage on it. They wasted no time in sending us a letter about the insurance.
Posted by
Florida
on February 24, 2015
Regions Banks, without notice, forced-placed flood insurance at four times the normal rate and is now trying to foreclose.
Posted by
Washington
on October 12, 2014
My homeowners insurance was canceled and I could not find another provider, because my siding job was not finished and there was moss on my roof. I am next to a river and all the moss killers are forbiden within 100 yards of a water way.

Posted by
Tennessee
on July 25, 2014
After 22 years of insurance, two claims for natural disasters (lightning and wind) and being dropped for being a 'bad risk' even though I did not create the lightning or wind. I was forced to pay $31 for 12 months to find out it was a 24- month payment plan for those 12 months; bank is renewing for $170 a month. Living on Social Security makes it impossible to pay unless food was not a necessity.
Posted by
Anonymous
on May 29, 2014
I received a mortgage statement in 2008 for $7,000/mo. That when I called Wells Fargo as to why my mortgage payment was so high. That when I founded out Wells Fargo bought hurricane insurance for the year 2007 for $13,600, now get this right it thirteen THOUSANDS DOLLARS, and another $13,600 for 2008 from a billion dollar company in Britain; Lloyd of London. I was to pay the $26,200 dollars or $7,000 month mortgage. I told them I could not do neither so Wells Fargo was going to be 'GENEROUS" and ALLOWED ME TO PAY OFF THE $26,000 THEY SPENT and billed me for to be paid off in 48 months at additional $800 more to my mortgage. I did it for 3 months and could not pay any more so I just sent in the old mortgage amount and the legal "thieving" bank has filed foreclosure on me.

A friend of mine mentioned years ago in regards to WHITE COLLAR CRIME; he said they should GO TO JAIL and not just be slap settlement money. If you look at the settlement with CHase/morgan. It is said Morgan netted $600 million for 2.3 Billion in forced placed insurance, but they will paid only HALF $300 million in their settlement. That still allowed Morgan/Chase to make $300 Million for "legal" stealing from us their customers.
Now that still really GOOD PAYCHECK and WORTH THE HEADACHE OF A LAWSUIT.

Posted by
Florida
on August 13, 2013
When my homeowners’ insurance lapsed, my premium skyrocketed from an annual rate of $384 to $2,754. Such premiums hurt my already struggling home and push me into foreclosure defense. Furthermore, I was not given the option of finding cheaper insurance.
Posted by
Florida
on July 25, 2013
My insurance lapsed and I was forced into a policy by Wells Fargo and was charged an exorbitant rate.. I am still trying to pay off this..
Posted by
Missouri
on June 30, 2013
I re-financed my mortgage with Wells Fargo in 2005 - was placed into forced insurance in 2006 for a few months - I reinstated my loan and my own homeowners insurance - I was never credited with the cancellation of their placed insurance and paid substantial penalties and interest for over a year after the incident when Wells Fargo sold my loan to EMC (Chase) - this cost me thousands and thousands of dollars - is there any suit against WFMC in Missouri?
Posted by
Colorado
on May 27, 2013
Wells Fargo discovered in March 2013 that my insurance had lapsed in 2009-2010. They have applied $4560.00 premium in May 2013 for insurance that I pay $1350.00 per year for and are demanding payment.
Posted by
Florida
on January 28, 2013
As a result, Mortgage went from 196.00 per month to 670.00 per month, causing me to fall behind on association fees to pay mortgage, now Association trying to foreclose on property and Bank of America threatening to foreclose on property. Despite not needing Flood insurance.
Posted by
Virginia
on June 6, 2012
was wrongfully accused of cancelling insurance on 04/18/2012. Sent condo Certificate of insurance and H06 copy by both fax and certified mail. Also talked with Flagstar's insurance dept on 5/17 about the documents. On the 30th, the bank informed me that they never received the documents and I was getting forced place insurance.