Send your Force-Placed Insurance and Bank claim to a lawyer who will review your claim at NO COST or obligation.
GET LEGAL HELP NOW 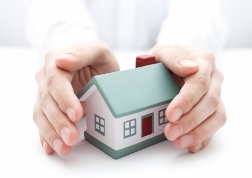 According to Bloomberg (05/06/12), banks and mortgage services have agreements with insurance companies to buy policies on behalf of a homeowner whose insurance coverage has lapsed. The bank forwards the premium to the insurer, the insurer pays a commission to the bank and the homeowner is billed for the premium and commissions. Bloomberg notes that premiums on force-placed insurance were in excess of $5.5 billion in 2010.

Some regulators, including in New York and California, argue that the percentage of premiums paid on claims are lower than insurers said they would pay out. Although insurers reportedly estimated a loss ratio of 55 cents on the dollar, they actually pay out about 20 cents on the dollar.

Many consumers whose insurance coverage has lapsed are already at risk of having their home foreclosed on; their insurance lapses because they cannot afford it. Critics of force-placed insurance argue that the coverage is so expensive, it further pushes homeowners into financial crisis, increasing the risk of foreclosure. They state that if the cost of force-placed insurance reflected the actual pay out, the financial burden on homeowners would be reduced.

According to The New York Times (01/10/12), JPMorgan Chase, Bank of America, Citigroup and Wells Fargo are being investigated by the New York State's Department of Financial Services. The same article notes that one investigation involves a homeowner who paid $2,000 for home insurance to State Farm, but wound up paying $6,000 a year in forced-place insurance.

Forced-Placed Insurances Leaves Homeowners Out in the Cold

Washington, DC: There is little doubt that the act of allowing homeowner insurance to lapse on a mortgaged property is not, with little exception, done maliciously. For most, the lapse of property insurance has more to do with human error (forgetting to renew), or financial hardship (“do we pay the insurance this month, or feed the baby?”) There is also little doubt, however that while Lender insurance is a perfectly legal and appropriate response in order to protect the investment of the lender, the extraordinary costs associated with lenders insurance are both mean-spirited and unnecessary.READ MORE
Another Forced-Placed Insurance Class Action in the Works

New York, NY: Yet another Lender insurance class action lawsuit could soon be in the pipeline with investigation into the machinations of Cenlar FSB, identified as a leading provider of mortgages and mortgage servicing suspected of participation in a ‘cozy’ relationship with a provider of lenders insurance.READ MORE
Plaintiff Files Putative Forced-Placed Insurance Class Action

Chicago, IL: As Americans continue to bring Lender insurance lawsuits against entities that allegedly force-place insurance onto property owners at higher rates, Canadians who own property in the US continue to be warned about the potential for lenders insurance.READ MORE