Force Placed Insurance is a Forced Relationship of the Worst Kind

Anyone having trouble believing that their insurance company, or bank could collude in such woeful, self-interested activity as Lender insurance need only look to the alleged activities of State Farm, and Wells Fargo as an indication of behavior unbecoming to their clients, customers and American values. 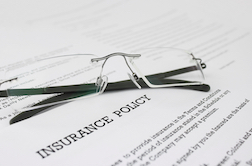 Last month, State Farm policyholders gained class-action status in a $1 Billion racketeering lawsuit. Lead plaintiffs from Texas originally filed a two-count, class action lawsuit in US District Court for the Southern District of Illinois. According to information published in the Chicago Tribune and the Chicago Business Journal, the lawsuit alleged that State Farm directed a racketeering scam that allowed the insurance giant to avoid paying a $1.05 Billion judgement previously upheld by the Illinois Appellate Court. Plaintiffs in the case asserted that State Farm exerted political and financial influence in order to ensure a particular judge was elected to the Illinois Supreme Court.

That Court later went on to overturn the appellate court’s decision. Should the plaintiffs be successful in their class action, some 4.7 million policy holders could share in a $7.6 billion payout.

Then there’s Wells Fargo, the banking juggernaut that’s been hit with a potential class action lawsuit over an accounts scandal.

According to a report by ABC News (09/19/16) Wells Fargo was tagged for an alleged scam that saw more than two million credit card or bank account applications – or actual accounts opened – without the knowledge or express consent of the individual.

The allegations have yet to be proven in court, and Wells Fargo took a hard line against those at the front lines of the alleged fraud by terminating the employment of some 5,300 workers.

None of the allegations surrounding State Farm and Wells Fargo involve lenders insurance or Force-Place Insurance, a perfectly legal and appropriate product forced onto a homeowner who, for whatever reason, allows insurance on a mortgaged property to lapse – or is found to have insurance that is inadequate to cover the investment the mortgage holder has in the real property.

The issue, however, is when banks collude with insurance companies to over-insure a property, or force-place insurance that is far more expensive with less coverage than traditional insurance products. The allegations are that kickback schemes between the two parties allow for the parties to profit on the backs of struggling homeowners, while exploiting the legal right banks and mortgage holders have to require insurance on a mortgaged property.

More FORCE-PLACE INSURANCE News
Among the various counts and aspects of the lawsuit – proposed as a class action – is a Force-Place Insurance class that seeks to represent “all borrowers charged for a force-placed hazard insurance policy placed on a property located within the State of California where the loan was owned by Fannie Mae; the servicer was Ditech; and the debt was incurred primarily for personal, family, or household purposes.”

Americans have historically come to trust banks and insurance companies as entities having the borrower’s best interest at heart, reflecting the values of one of the most respected democracies in the world. It is when banks and insurers work to profit needlessly off the backs of hard-working Americans that drives a stake into the heart of fairness. Attorneys-General at the state level, together with various federal regulators, are engaged in a seemingly never-ending fight against such profiteers. They are joined in the battle by plaintiffs ensuring they will have their Forced-Placed insurance day in court.

Posted by
Darcel Chambers
on October 22, 2016
I'm finding it more & more difficult to insure my home for it's worth with a replacement cost policy. I now have a 45,000 policy with depreciation. It's as if I'm being forced to over insure for replacement cost.