As Americans continue to bring Lender insurance lawsuits against entities that allegedly force-place insurance onto property owners at higher rates, Canadians who own property in the US continue to be warned about the potential for lenders insurance. 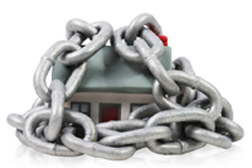 RBC, otherwise known as the Royal Bank of Canada, continues to advise its clients owning property in the US that lenders have the right to force-place Lender insurance on any property mortgaged through a US lender but owned by a Canadian, and which shows a lack of adequate coverage, or the complete absence of insurance protection. RBC, in a bulletin residing on its web site, notes that lenders require annual verification that insurance is in force, in good standing, and is adequate. Failing that, RBC notes that lenders are required to send the property owner two notices: one at the time insurance expires, and another 45 days following said expiry. If the lender doesn’t hear from the property owner within a reasonable period of time, lenders insurance is force-placed on the property.

It’s interesting to note that various plaintiffs bringing a Force-placed insurance lawsuit often complain that they have not been advised of any pending, or actual force-placement. Plaintiffs also allege that in some cases insurance coverage is placed for hazards which don’t necessarily apply to their property, or has overlapped when standard insurance has been in force. It is also alleged that rates for lenders insurance have been far higher than standard policies that provide more coverage for the money.

The allegation is that lenders cozy up with insurance providers, force-place insurance upon property owners, and kick commissions and other incentives back to each other at the expense of the homeowner.

While the plaintiff appears to have no quarrel with the force-placement of insurance, the

More FORCE-PLACE INSURANCE News
Force-placed insurance terms are another matter, and are alleged to fly in the face of contract language that allowed Seterus to purchase “reasonable and appropriate” coverage.

According to the forced-placed insurance class action, Seterus and QBE “have an exclusive arrangement,” under which “QBE First monitors Seterus’ mortgage loan portfolio to identify lapses in coverage or inadequacy of insurance.”

Seterus, in such an event, authorizes QBE to purchase insurance with the premium folded into the property owner’s mortgage.

The plaintiff, in her lawsuit, alleges that Forced-placed insurance terms reflected coverage that was overpriced because a considerable portion of the premium charged to borrowers is “kicked back to Seterus and/or QBE First,” or so it is alleged.