Another Forced-Placed Insurance Class Action in the Works

Yet another Lender insurance class action lawsuit could soon be in the pipeline with investigation into the machinations of Cenlar FSB, identified as a leading provider of mortgages and mortgage servicing suspected of participation in a ‘cozy’ relationship with a provider of lenders insurance. 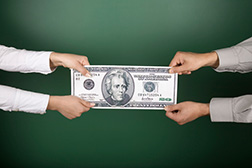 The allegation is that Assurant Specialty Property - a subsidiary of Assurant Inc., and a provider of Force-Place Insurance, over-charges for insurance coverage offering less protection than standard policies for the money, while secretively kicking back rebates and commissions to Cenlar, or so it is alleged.

Forced-Placed Insurance terms have long been the bane and frustration of attorneys general for several years now. While the practice of force-placing property, or homeowner’s insurance onto a mortgaged real estate holding is not new - and in fact, given the circumstances, quite appropriate and legal - the level of insurance provided, the cost to the homeowner and the various commissions, rebates and incentives provided to the mortgage servicer in exchange for placing the business, has been described as anything but fair.

It has been reported that Assurant has been called to the carpet in the past over Forced-Place Insurance, including an investigation in March, 2013 by the New York State Department of Financial Services. That investigation determined that Assurant maintained a practice of providing compensation to mortgage service providers under the guise of commissions, reinsurance fees, or reimbursements for “qualified expenses.”

Many a Force-Placed Insurance lawsuit has grown from such alleged practices. As noted earlier, Assurant Specialty Property is a subsidiary of Assurant Inc. The latter is reported to have some $30 billion in assets.

Force-Place Insurance or lenders insurance is a perfectly legal option available to mortgage providers and servicers in the event that property insurance on a mortgaged property is seen to have lapsed. While the property owner is on title and would suffer losses in the event of a fire or other catastrophic event, so too would the mortgage provider having extended funds for purchasing the property and thus, has a vested interest.

Homeowners having allowed insurance to lapse for reasons of financial hardship or simple carelessness, are notified that insurance requires immediate re-instatement and are given a short period of time to correct the situation on their own. If not, the mortgage servicer has the right to step in and force-place insurance on the property to ensure it is protected.

More FORCE-PLACE INSURANCE News
This is perfectly legal. What is not, say plaintiffs, are the alleged kickbacks and other payments that often flow between a mortgage provider and the insurer. There have also been widespread allegations of insurance that is far more costly than standard policies, with less coverage. The homeowner is left to pay the inflated fees, while the mortgage provider earns kickbacks and commissions from the insurer in exchange for placing the lenders insurance with them.

There have also been previous allegations that Forced-Placed Insurance coverage has overlapped periods when private insurance has been in force, or coverage that is not particularly appropriate for the property.

Various Force-Placed Insurance lawsuits have been filed not only by consumers with the help of Forced-Place Insurance attorneys, but also attorneys general of various states seeking an end to the practice.

Posted by
Vinita Johnson
on August 29, 2016
USDA Forced placed insurance that wasn't agreed upon nor signed by me of $900.00 plus a year has been an on going dispute. I refuse to pay this amount. I even called the insurance company to cancel the policy at no avail.