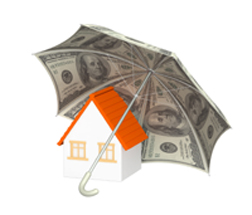 The basic issues with force-placed insurance - and there are many issues, according to allegations made in lawsuits against companies involved in the transactions - are that the force-placed insurance is drastically more expensive than commercially available insurance and often has less coverage. Other issues include that it is being forced on property owners who already have adequate insurance in place, that it is being placed retroactively for times when no claim was made on a home, that the coverage is higher than the value of the mortgage, that it forces extreme coverage when none is necessary - such as requiring specific flood insurance even if the property is not in a flood area - and that the companies involved in force-placed insurance receive kickbacks for force-placing insurance policies.

There is a long list of complaints about force-placed insurance, long enough that federal regulators have looked into revamping the system. In 2014, the Consumer Financial Protection Bureau set rules prohibiting kickbacks in exchange for placing the insurance. The Federal Housing Finance Agency has also said it will take steps to curb unethical practices in the force-placed insurance industry.

More FORCE-PLACE INSURANCE News
Last year numerous settlements worth millions of dollars were announced in force-placed insurance lawsuits, filed by property owners who said they were victims of illegal kickback schemes. One such settlement was reached with plaintiffs who filed lawsuits against Bank of America (Arnett v. Bank of America N.A., No 11-1372) alleging the company unjustly forced unnecessary flood insurance on properties. That settlement will see Bank of America pay $31 million to resolve allegations against it.

A different lawsuit filed against HSBC Bank and three insurance companies will see the plaintiffs sharing in a $32 million settlement. Class members will receive refunds of 13 percent of the net annual premium.

Some companies have announced that they are moving out of force-placed insurance. Those that remain may find themselves held to much stricter standards in the future.

Posted by
chris zena
on March 10, 2015
Is it illegal to insure the same property twice?? I had two policies my regular home owners (that never lasped) plus forced placed ins,it doubled my payments!my mortgage company (Kentucky housing corp) said it was a mistake on their part but iam liable??
Posted by
Nancy
on March 8, 2015
In answer to above "industry" comment. You know full well that "getting out of the forced place business" means using real insurance instead of back dated, bogus, over priced, schemes to extort money and foreclose on people who are NOT even in a flood plain.
Posted by
Industry Expert
on February 27, 2015
I'm not sure where the author obtained her information, but it is impossible for banks to get out of the force placed business. Federal regulations mandate force placement of flood insurance and it is highly unlikely that a lender would assume all of the risk on the homeowners insurance.