While there is little doubt that Lender insurance will always be a potential player of the mortgagee-lender relationship, the concept of Force-Place Insurance as an incentive to acquire commissions v. the need to protect property and investment appears to be alive and well, with one defendant in a recent case agreeing as part of a settlement, not to accept commissions on lenders insurance for a period of three years. 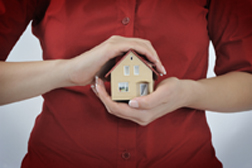 But what happens after that?

A recent class-action Force-placed insurance lawsuit against Bank of America N.A. (Bank of America) was recently settled when the parties decided to forgo continued litigation and settle for $31 million. Seven lawsuits had been consolidated into one class action, alleging that defendant Bank of America had illegally, unlawfully and unjustly placed flood insurance on properties when it wasn’t necessary to do so.

The settlement amounted to about 13 percent of total damages alleged by the plaintiffs. However, the parties agreed to settle rather than continue litigation ad nauseam, and in recent days, the US District Court for the District of Oregon approved the $31 million settlement as reasonable and justified. Attorney’s fees were also approved, but at a lower amount than originally sought.

Forced-Placed Insurance Lawsuits have become common of late, given widespread allegations that major banks and insurance companies have entered into cozy relationships that are beyond the best interest of the homeowner. Lenders have the right to force-place lenders insurance onto properties in which they have a financial investment (holding a mortgage) if there is suspicion or proof that the property owner has allowed traditional property insurance to lapse - or fails to carry sufficient insurance to cover the value of the property in the event of a catastrophic loss.

However, in recent years there have been widespread allegations that major banks and other lenders have imposed insurance coverage on properties where it is not necessary to do so, allegedly for profit. Many a Force-placed insurance lawsuit has alleged that lenders insurance policies were not only unnecessary, but imposed a cost to the property owner that was far higher than costs associated with more traditional insurance products. What’s more, it has been widely alleged that lender insurance provides less coverage, at a higher cost, than traditional policies.

The allegation has been that such forced-placed insurance terms succeed only in lining the pockets of lenders, who are paid commissions - alleged to be kickbacks - from the insurance companies providing the lender insurance products. Various States Attorneys General have been cracking down on Forced-Place insurance in recent years, after numerous defendants have taken a scenario that is in place to protect their investment in property, and allegedly turned it to their advantage.

More FORCE-PLACE INSURANCE News
It is true that Force-place insurance will never totally go away. There are various reasons why a property owner will allow property insurance to lapse: financial hardship, ignorance or apathy. Perhaps they will skimp on property insurance just to save a buck or simply not have property insurance at all. Thus, it is within the lender’s purview to ensure that sufficient insurance is placed onto a property that is under-insured, in order to protect against loss and insure the investment.

However, various plaintiffs have alleged through their Forced-Place insurance attorneys that lenders insurance has been mandated when it isn’t necessary - in this case, flood insurance. What’s more, the excessive costs v. more traditional insurance appear to work in the bank’s favor through the earning of commissions for placing such insurance.

As part of the aforementioned settlement, Bank of America has agreed to forgo commissions for a period of three years.

After that, it appears, previous forced-placed insurance terms will once again apply…