In January 2009 federal officials linked products manufactured by The Peanut Corporation of America (PCA) to the Salmonella foodborne illness outbreak that sickened 677 people in 45 states and killed nine since early September 2008. Attorney Ron Simon of Simon and Luke has been in negotiations on behalf of his clients since April. "The court has finally approved our settlement process," says Simon. "If you qualify you are entitled to part of this $12 million without having to file a lawsuit." 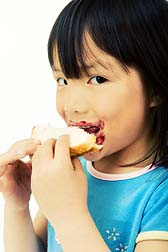 Simon stresses that it is crucial you file now because the court has set a deadline and anyone who has a claim must file within 30 days—October 31st is the deadline. "A lot of people think they got sick but don't want to sue anyone," says Simon. "You don't have to sue. If you got salmonella poisoning, call us so we can get your claim filed on time."

"On October 1, 2009 the bankruptcy court in the Western District of Virginia (where the PCA bankruptcy is pending) approved our negotiated settlement procedure," says Simon.

As a result of combined negotiations with Simon and Luke and other lawyers and counsel for PCA, King Nut and Kellogg's, a settlement process was determined under which the Hartford Insurance Company is going to place $12 million into a fund to pay personal injury claimants who were sickened by salmonella found in the contaminated products.

"The bankruptcy court has set a filing deadline of October 31, 2009 for all salmonella claims," Simon explains. "All qualified claims, i.e., those that meet certain criteria, will be entitled to participate in the distribution of $12 million."

More FOODBORNE ILLNESS News
To date, Simon and Luke have filed 58 claims with the bankruptcy proceeding, including claims on behalf of the estate of two people who died as a result of salmonella poisoning from eating Austin brand peanut butter crackers.

"We are continuing to get calls from people who have not yet filed a claim, and we are encouraging people to file sooner than later," adds Simon. " It takes some time to gather all the required materials to file a claim, such as medical records, medical bills, health department records, pay stubs and other materials"

Qualified claims will get part of the $12 million but if you don't file, you are out of luck. Simon and Luke has a staff designated solely to help salmonella claimants properly file their claims on time, but it's getting down to the wire.
READ ABOUT FOODBORNE ILLNESS LAWSUITS