Unum’s Outside Medical Examiners and Outsourcing

As many Unum, or Unum Provident policyholders can attest, their long-term disability claims were denied due to Unum relying on independent medical examiners’ reports, so it comes as no surprise that the insurer plans to outsource hundreds of jobs. 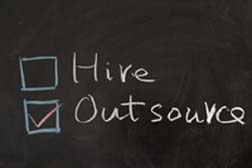 Unum has denied benefits even when its medical examiners haven’t seen the claimant, and disregards their own doctors’ reports. For instance, Mary said that Unum “couldn’t understand why I cannot work…they have never met me, and I have never seen their doctors.”

Outsourcing hundreds of information technology jobs overseas may result in further complications for claimants. Unum is currently talking to potential “partners,” including Cognizant and HCL - two of the worst (India-based) contracting companies that will send the work overseas, according to the Portland Press Herald. An Unum IT employee who contacted the newspaper in May said about 350 jobs will be affected.

Unum spokeswoman M.C. Guenther told the Herald that “Although we aren’t to the point where we have specific plans for new partnerships today, we have been clear that we will continue to look to partnerships that support the long-term growth and efficiency of the business…Working with external partners is not new to Unum. The reality is we’ve been taking this approach for many years.”

Meanwhile, a medical care worker in Louisiana has filed a lawsuit against Unum for wrongfully denying her long-term disability insurance claim. Brenda Andrus claims she can no longer work due to spinal problems in her neck and low back from years of strenuous work. As well, in the past two years she had carpal tunnel surgery and a knee replacement. Her attorney, Christopher Edwards, told the Louisiana Record that Andrus hasn’t been able to work since March 2013, when her doctor put her on “no work status.” Unum paid her long-term disability benefits up until February. Her lawsuit alleges that Unum has violated the Employee Retirement Income Security Act (ERISA) and the Louisiana Workers’ Compensation Act.

Edwards said Unum used its own independent medical examiners and disregarded Andrus’ own doctor and other health care provider reports to terminate her benefits. He told the newspaper that Andrus’ benefits were terminated despite her vocational expert’s testimony that there is no longer any work she can perform. Andrus, age 62, worked as a nurse for more than 20 years, has a high school education and a nurses’ degree.

More UNUM News
Andrus’ lawsuit alleges that Unum “completely ignored her treating physician opinion, her vocational expert opinion, as well as her affidavit which completely described her medical problems, disability, and restrictions in rendering a denial of benefits,” said Edwards.

Unum’s independent medical examiners (IMEs) are also external partners, albeit doctors residing in the United States. Is it just a matter of time before Unum outsources doctors?