Mary will be following an Unum, or Unum Provident denied disability lawsuit recently filed. Unum had “threatened” to terminate her benefits for several months and she too might have her day in court with the behemoth insurance company. 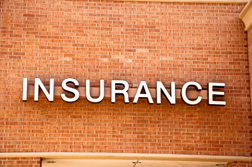 A New York man - who worked for an insurance company - filed a lawsuit against Unum last October, claiming he was wrongfully terminated from his short-term disability benefits and then denied long-term disability benefits. Steven Krol was diagnosed with a cognitive impairment that included vascular dementia, a condition that left him disabled. But Unum didn’t see it that way. Krol first applied for short-term benefits and Unum made payments from Oct. 26, 2012 through Sept. 20, 2013.

Did Unum believe that Krol would miraculously recover from vascular dementia? It just takes a quick search online to discover that this condition is not reversible. According to WebMD, “No available treatments can repair the damage of vascular dementia once it’s happened.”

Krol’s lawsuit claims that he continues to be disabled and he is therefore entitled to long-term disability benefits until he is 65 years old, in 2023.

Back to Mary, who was diagnosed with fibromyalgia. Her story is similar to that of Krol. Unum sent her monthly short-term disability payments and then her claim rolled into long-term disability. But long-term only lasted a few months before Unum terminated her claim.

“Every time they [Unum representative] called, they couldn’t understand why I cannot work,” says Mary. “They have never met me, and I have never seen their doctors. They constantly harassed me, and threatened to cut me off. They stressed me out and make me sicker.”

More UNUM News
Unum had refused to acknowledge fibromyalgia as a disability for many years, and it continues to do so, although policyholders suffering from this physical condition are often paid short-term benefits. (In its white paper, Unum states that fibromyalgia is not a physical disease. Psychological conditions are not covered after a certain length of time, which is typically one year. Could Unum have denied Krol because vascular dementia is difficult to diagnose and physical symptoms are often not apparent at early onset?

“Unum is cruel and insensitive. Something needs to be done about them,” says Mary.

Posted by
Benjamin
on July 1, 2015
Both of Unum's "Mental & Nervous" and "Self-Reported Symptoms" provisions are standardly provided for 24 months. These provisions can be altered to provide longer durations, for an additional cost to the employer/employee (whomever is paying premium).
Posted by
Linda Nee, HIA, DIA DHP Licensed Consultant
on January 14, 2015
Unum also believes it trumps decisions made by the social security administration for total disability. Denial letters generally inform claimants that because Unum has more recent information SSA didn't have, its decision rules. Unum also has been twisting the arms of its claimants to sign authorizations to obtain copies of files including Form 831.
Posted by
Gerald "Gerry" Katz, RHU, MSPA, ALHC
on January 5, 2015
The standard Psychological condition limitation is two years. Ms. Mundy states is is one year. That is not accurate.