Hoang Nguyen suffered a traumatic brain injury while working for Northrop Grumman. Nguyen, who was an exemplary employee of 19 years and received a salary of $100,000 per year, was soon afterward terminated and Unum, the company’s insurance company, immediately stopped paying his disability benefits. 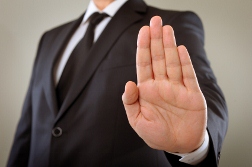 That was in 2006. In 2008 Nguyen’s friend helped him find an attorney and, with the attorney’s assistance, he was able to apply for social security benefits. (English is Nguyen’s second language.) Meanwhile he had to borrow money from his children--he didn’t have any savings. It wasn’t until 2010, four years later, that Nguyen finally received disability benefits from Social Security, including four years of back pay. Four years of long term disability benefits owed him that should have been paid by Unum, known back then as Unum Provident.

This is what happened.

“A metal rack fell on my head at work and knocked me out,” says Nguyen. “I don’t remember how long I was unconscious for but I went back to my office and told my boss. He wanted to call an ambulance but I thought I was OK.”

By this action alone, you could say that Nguyen was dedicated and loyal to his job. And you could describe him as a “brainiac”. He was an IT systems engineer at Northrop Grumman--the fourth-largest defense contractor in the world with about 100,000 employees worldwide--and he was working on a very big satellite project. Because his work was so specialized, a traumatic brain injury, or TBI, was indeed nothing short of traumatic.

“That night I went home and vomited and passed out again,” Nguyen explains. “I told my son what happened at work and if I pass out again to drive me to ER. But I seemed alright that night and went back to work the next day. But I couldn’t work, I knew something was wrong. I couldn’t focus, my head hurt, my ears were ringing and it felt like I had water in my ears. My whole body ached. I thought these symptoms would pass, but I also thought it would be best to see the company nurse. She sent me to the company doctor. He told me to go to the hospital for a CAT Scan and take time off work. Then the company doctor sent me to a neurologist.”

The neurologist told Nguyen that he had suffered a concussion and diagnosed him with a TBI. He was out of work on short term disability--from Unum--for a few months.

“I am sorry but I don’t remember much, everything is confusing,” says Nguyen. “The neurologist sent me to yet another neurologist because my arms were numb but I had to pay the second neurologist out-of-pocket because he wasn’t hired by the company and Unum wouldn’t cover it.

"I had four surgeries over the next few months on both arms because the nerves were damaged from the head injury--my neck was damaged. After the fourth surgery I had some tests to determine whether I could go back to work, full time or not. My medical report said I could only go back with “modified work”, meaning less hours and a lighter job.”

Six months after his injury Unum started to pay Nguyen long term disability benefits. When the company received his medical report that stated “modified work only” they laid him off. And Unum stopped paying his benefits immediately. In typical Unum style, he didn’t receive any notice. No one told Nguyen that he had the right to appeal, or that he should seek help from an attorney.

“At that time I didn’t know how to handle anything and I didn’t know where to turn for help,” says Nguyen. "My children loaned me money to survive during that time and I never went back to work. I am completely disabled."

Unum paid about half his salary, $50,000, for one year before they cut him off. Now he receives $1,800 per month from social security. Nguyen says he was born in 1950 (he couldn’t figure out his age when asked) and planned to work for many more years.

“I didn’t want to retire at this age,” he says. I worked 19 years for that company. I just don’t know why they treated me so badly. I worked very hard for them, six days a week, sometimes 60 hours a week without any overtime pay. When they laid me off it felt like they killed me. Everyone I talked to were mad with Northrop Grumman for getting rid of me. They are still very upset but what can they do?“

More UNUM News
On its website, Northrop Grumman says corporate responsibility is key and it “takes pride in conducting our business with a broad perspective, taking into account our employees.” Wait, there is more.

“We remain committed to maintaining the highest of ethical standards…and becoming an ideal corporate citizen…acting with integrity in all we do, valuing our people...and our commitment to our employees, our customers and the communities in which we live and work. As we continue to grow and evolve, the responsibility we feel to serve our communities and help those in need grows with us.”

According to the way this company and Unum treated Hoang Nguyen, the above statement couldn’t be further from the truth. LaywersandSettlements asked Northrop Grumman to comment on Hoang Nguyen’s termination. They did not respond.

Click to learn more about LawyersandSettlements.com
LawyersandSettlements.com is an online news and information site for the general public and legal community. As a legal news resource, we have emerged as an independent & trusted voice. We provide detailed and quality information on various lawsuits filed including Insurance Cases, Employment Law Cases, and Personal Injury Cases.