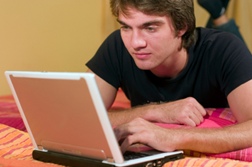 These checks, which began going out in late April, are a part of an $18 million settlement agreement between MoneyGram and the FTC stemming from claims that the wire service had knowingly allowed organizations and individuals to utilize its monetary transfer system to defraud American consumers of tens of millions of dollars.

As in most modern incidences of consumer fraud, the victims of these schemes were fed a number of scenarios, including winning a lottery, being enrolled in a secret shopper program or low interest loans that require an advance fee.

Members of the Better Business Bureau have been sending out information packets to verify that the checks are indeed legitimate after receiving several inquiries questioning their legitimacy.

The organization advises that consumers be more discerning with offers sent through e-mail, as this manner of delivery has become increasingly popular with scammers and con artists due to the anonymity granted by the medium.