Not only were the customers of the IndyMac Bank burned by its involvement in the sub prime mortgage mess, but the bank's own employees took a scorching as well.

Attorney Aashish Desai, from the firm Mower, Carreon & Desai, believes there are thousands of former IndyMac Bank employees across the US who had their savings swept away when the bank collapsed.

"What happened to all the employees of the IndyMac Bank is that their retirement funds went down the tubes with everything else," he says. 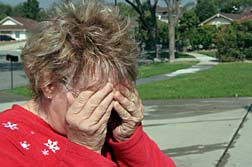 Desai has just filed a class action complaint in Orange County, California, on behalf of Jeffery Washington, a loan officer and longtime employee with the bank in Pasadena, California.

Washington, like other employees, owned stock in IndyMac as part of his 401K. "I talked to one employee," says Desai, "she had about $100 thousand in her 410K, but by the time she cashed it, she had less than $1000. That gives you an idea of what happened to the bank's stock price. It literally went from flying high, to almost zero."

And what happened to employees at IndyMac is not new or even unusual, according to Desai.

"Often times, as happened in this case, employers will encourage employees to buy stock in the company by coming up with matching programs," says Desai. It says to employees, 'if you believe in us, then we will believe in you.'"

It can work very well, according Desai, as long as the company does well and everything is disclosed to employees.

Desai and his firm have a history with IndyMac. It once represented employees in a dispute over hourly wages. After the bank crashed employees turned to Desai for help.
As is the case with so many legal matters these days, Desai believes his ace in the hole will be company emails.

According to documents filed with the District Court in California, bank executives wrote emails to staff saying, "You may have heard some bad things, but stick with us. The bank is solid and safe."

Attorney Desai believes that IndyMac executives thought employees would sell their stock if they knew how dire the situation was. That would panic other stockholders and eventually trigger a run on the bank.

Even as the sub prime crisis deepened in the summer of 2007, and the bank's share price began to slide, the bank told employees the situation would soon turn around.
"They knew very well," says Desai, "that wasn't going to happen."

As Desai sees the situation, the bank had a special obligation to the employees under the Employee Retirement Income Security Act (ERISA). That obligation, Desai argues, supersedes the bank's obligation to other stockholders.

More Consumer Financial Fraud News
"It is one thing not to tell the public what is going on, but it is quite another when you're talking about employees and their 401Ks," says Desai. "It is not just investment money--that hurts too. But we are talking about someone's 401K. That is their retirement money. It is what they had worked toward for 20 or 30 years."

There is a lot of work to do before the class action is certified. Desai expects that could take six to twelve months. He admits that it will be difficult to get all the money back for IndyMac's thousands of employees. However, Desai believes many employees will be able to recover some of their losses.

Most companies are insured for this kind of problem. "We believe there is insurance money in this case," says Desai.

Aashish Desai was born in Chicago and raised in Texas. He received his Bachelor of Arts in Economics from the University of Texas in Austin (1991) and went on to obtain his J.D. at the University of Houston Law Center in 1996.
He is a partner in Mower, Carreon & Desai.

Posted by
Frank
on January 27, 2013
this is great that there was a class action against IndyMac to protect the employees of an employee owned bank,
BUT WHAT ABOUT the million of american that still have their mortgage in a subPrime set up by IndyMac then now owned by One West Bank.
No one is paying attention to the poor home owners???