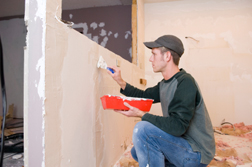 The firm will reportedly work to replace electrical wiring, fire safety equipment and other portions of homes that were damaged by the tainted drywall, according to the news provider. It is believed that Chinese drywall can cause metals to become corroded and lead to electrical problems.

The project that will be carried out by the construction firm originally included 300 homes in the South Florida area and is currently in its preliminary construction phase, the news source said.

"For some homeowners, this may be an attractive program, but others don't find it as appealing as being compensated with monetary damages and completing the work themselves," said an attorney representing some of the affected homeowners.

Knauf Plasterboard Tianjin, which produced one-fifth of the defective drywall, previously agreed in a federal court settlement to help pay for remediation work needed for homeowners, according to the Fort Myers News-Press.

Posted by
sheila troutman
on March 8, 2011
your article states"replace electrical wiring, fire safety equipment and others portions of homes that were damaged,,,"besi states that COMPLETE removal of all wiring, hvac, wood,walls, etc, everything must go and the home cleaned to the block with an approved solution before anything can be replaced. this must be done to be certified correctly remediated. where are you getting your info????
CHECK THE FACTS
(Editor's Note: The facts are correct as stated. We did not go in depth into the entire remediation process as the main point of the article is the selection of the construction company, not the process involved.)