CDC: No Link between Chinese Drywall and 11 US Deaths

More CHINESE DRYWALL PROBLEM News
The Centers for Disease Control and Prevention recently said that it did not find a link between Chinese drywall and the deaths of 11 people across the country living with the defective product, The Associated Press reports. 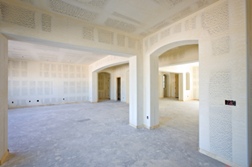 According to the news provider, the 11 people who died lived in Florida, Virginia and Louisiana. A report issued by the CDC indicated that all the people died because of "preexisting chronic health conditions unrelated to imported drywall exposure."

The recent findings by the CDC confirm previous reports from the Consumer Product Safety Commission (CPSC), according to the news provider.

The CPSC Web site says the commission has received more than 3,790 reports from residents living in 42 states who believe that their health symptoms or corrosion in their houses are associated with Chinese drywall.

Most of the drywall incidents have reportedly been linked to homes in southern states such as Florida, Mississippi, Louisiana and Alabama, according to the news provider.

If you or a loved one have suffered losses in this case, please click the link below and your complaint will be sent to a lawyer who may evaluate your Chinese Drywall Problem claim at no cost or obligation.
Request Legal Help Now