Amy spent 10 days in a psychiatric ward after she was given two shots of Lupron Depot. "I would never have known that this drug caused my brain injury, had I not read my discharge report," she says. Amy has been diagnosed with dementia—she is only 41 years old. 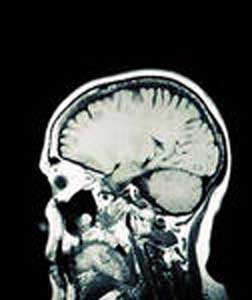 Amy was given Lupron Depot, a drug typically used to treat prostate cancer, to shrink fibroids on her uterus before she had a total hysterectomy. Lupron Depot works by suppressing the production of the hormone testosterone, and the two shots put her right into menopause. Amy says the drug also suppressed her short-term memory and caused her mind to "go blank."

"Before I had these shots, I could work double shifts and work circles around some people," says Amy, who was a cook in a nursing home. "I had perfect attendance for five years before my hysterectomy and never got sick. When the flu went around I was the only one standing. I was a long-distance runner and a picture of health and now I can't even function because of so many issues with my cognitive functions—it is so hard for me to accept the fact that I have suffered a brain injury from this drug, and I don't know if I will ever recover."

Amy's problems first started last August, when her boss sent her home on medical leave. "I thought I had a brain aneurism, I just couldn't function," Amy says, crying. "I went back to my gynecologist and he put me on hormone replacement therapy, which helped for three months, but the symptoms came back. He doubled the dosage but that worked for about a month. The symptoms became more severe.

"I switched my job to housekeeping, thinking it would be a slower pace but my co-workers noticed my forgetfulness and made fun of me. They pulled pranks on me all the time, like hiding my keys, and I couldn't handle it anymore. I had a nervous breakdown and had to see a psychiatrist."

Some people might chalk up Amy's cognitive problems to menopause, but that wasn't the case.

"When I got home from the psych ward, I read my discharge diagnosis," Amy explains. "It said, in order of relevance: Lupron Depot-induced dementia, followed by Lupron-induced bipolar disorder, then anxiety. The doctor said my anxiety was at such a level that my brain cannot process memories. One of the doctors said my brain cannot process memories." (At this point Amy kept repeating herself.)

"My last day of work was January 4, 2012, the day I went to Marquette General Hospital. Now my doctor is pushing for me to get onto social security benefits—he believes that my brain has been damaged and I am totally disabled. Thankfully, my husband looks after me but it is so hard for my 17-year-old son. I have to be reminded of everything.

"I just can't accept this, how could a drug that causes brain injury stay on the market? A local attorney told me that I cannot sue the drugmaker because I live in Michigan."

Amy's husband explains that a law passed in 1989 said that a resident of Michigan cannot sue a pharmaceutical company. "This attorney said that, because the shots are approved by the FDA, he cannot help Amy," says her husband, "even though he acknowledges that Amy has a brain injury."

"It feels good to talk to you, it feels good to let it out," says Amy, as she takes a deep breath. "This dementia, this brain injury is devastating. I don't want to leave the house and I am embarrassed to be around people. I've lost some friends [at this point Amy is sobbing]… My family understands and that is most important.

More BRAIN INJURY News
"Tomorrow I have an appointment with my neurologist and they are talking about sending me to the Mayo Clinic. Meanwhile, I am taking Seroquel and Risperdal for bipolar disorder, another med for anxiety, Adderall for ADHD and hormone replacement therapy. I have never been depressed in my life but now it is crippling me because I can't see the future.

"I hope this doesn't happen to anyone else—this drug shouldn't be on the market. I did some research and found that other people have suffered dementia. It is uncommon but their brains have been damaged from Lupron Depot. If an attorney could just help get my medical bills taken care of I would be happy. It has been so costly I could go crazy just thinking about it.

"Just think—I would never have known this drug caused my brain injury if I hadn't read that discharge report."

Posted by
yellow
on March 9, 2017
I was prescribed Lupron depot in 1995, and that was the most deadly medication I ever injected in my body. I am doomed.
I could hear my bones cracking in back of my neck and to this very day. I have severe osteoporosis all over my body for that, though I was drinking so much milk to avoid osteoporosis I gained weight, but milk and workout no help. I cannot even walk, my joins are in pain and swelling up. In Michigan we cannot sue a pharmaceutical company. Many people died from medications, and our Politicians are completely stupid!
I am looking for treatment other them dangerous medications, for I don't trust them! I don't trust the Doctors either, because they only serve the pharmaceutical companies and not their patients. The new Drug pushers in our neighborhoods.

Posted by
5parts2ahorse
on April 3, 2014
Emily,
I read your post and offer you this: www.madinamerica.com
I believe you will find this site very informative and educational; you and your family are not alone.

Posted by
Emily Crouch
on January 8, 2014
Hi my name is Emily Crouch and i am 19 years old. I have a beautiful mother that is 56 years old and is diagnosed with dimentia, and other types of disorders the doctors say she has. She was the most compassionate mother any daughter could ask for. Ballet, Soccer, Softball, cheer, you name it and she was there, front and center with the best support. She was my hero. She had an amazing job, ownded her own beachouse, and was a single mom to two kids. Enough said she always had a lot on her plate. But thats what made her my hero. My mom loved going to church. She was invloved in the singles groups and always made it a must that we go to church. None of this was expected at all. My mom became very depressed and felt as if swallowing questionable perscription pills was the answer. She never slept at night so she got perscribed lunesta. She didn't understand that she couldnt deal with her problems buy taking pills. Her doctor never cared about her, always giving her bags of free samples, not knowing what it was really doing to her. but then again they do know whatr it does to people, but they love making there profits off peoples suffering. After taking lunesta and other pills for years, it finally caught up to her and none of us saw it coming. She got admitted to a detox program 2 hrs away, then transferred to austin state hosptial where god knows what happens in that nasty place and now she is in a retirement home classified under not capable of pretty much anything. She is my mom, my other half, and i treat her as that. Imagine having a simple life with the people you love around you, then it just gets ripped away from you and you have no say at all. she doesnt talk a lot, is paranoid all the time, but when me my brother and i are with her, our mom shines again. What has happened i need to be heard some how. My mom deserves better and deserves her voice, not a doctors diagnosis.
Posted by
Sopia
on August 26, 2013
Dear Maria June 24,
As you say you long loving spill about your child . That was quite nice. So my question is to you how dare you discredit another woman and her own personal experience with what she went through with this drug because it wasnt the miracle it was for you!
As you shame Grace and say she is disgraceful , I ask you to look in the mirror and that beautiful child your so flip and bragging the power of Lupron enough to " BULLY" an adult WHo didn't attack you. I truly hope your blessed angel isn't a bully of rude mean attack dog like you!
I have got ton deathly ill over this shot, not like your Fairytale ending love. Hope you sleep well and no harm befalls your perfect world as you made fun of others. There is Karma. Your gonna be pushed up front for your "disgrace" hail Maria full of grace ! Watch the stones you throw. Technology lets everyone see hate. And you commented like an over privileged brat.
I'm very ill, if I should pass on this is something that truly made me hurt for grace, YOUR THE BULLY ! The need laws against shots like you, saint Peter will love how you hurt someone for no reason. I'm sure your not new at it sleep well. And if this gets censored. She was wrong, I pointed it out. If I do not se justice for poor grace. If I pass away from Lupron, my politician husband will continue this, on my grave! The world is about bragging and hurting! How do you feel now Maria!
Another victim of Lupron

You can copy and paste the word "google" from my comment if it is too difficult for you to spell, but alas, you'll have to rely on your own limited brain power to read.

Posted by
Grace
on April 30, 2012
What brain injury? If you knew what a discharge report was & you were able to comprehend it your brain works as well as my, and I didn't even have the drug...I already forgot the name of it...who can I sue?
Posted by
Lora Southard
on April 23, 2012
I have had several brain injuries, try the cleveland clinic in ohio it as awesome. Dr. Mark Luciano is the best.