Springfield, MA: The estate of late NFL player Aaron Hernandez on Thursday filed a federal lawsuit against the National Football League (NFL) and the New England Patriots, alleging that defendants failed to protect Hernandez from traumatic brain injury within the context of active play in football games, all the while knowing that repeated blows to the head could lead to chronic traumatic encephalopathy (CTE), an irreversible brain disease.
Read [ Late CFL Player, 27, Exhibited CTE Symptoms of Someone Three Times His Age ] 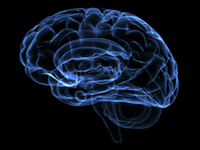 With two weeks and counting to the Super Bowl, and with the NFL concussion settlement on the plus side of $870 million still fresh in our minds, comes word of a brain injury lawsuit from a fairly obvious genre of professional sport.
Read [ Brain Injury Lawsuit Targets the Obvious: Professional Wrestling ]

The NCAA faces a $50 million brain injury lawsuit alleging the organization failed in its duty to protect football players from brain injury and brain trauma. The lawsuit was filed by Julius Whittier, a former offensive lineman and tight end for the Texas Longhorns. Whittier was diagnosed with early onset Alzheimer’s disease in August 2012.
Read [ NCAA Faces $50 Million Brain Injury Lawsuit ]

A new study suggests that suffering a brain injury at a young age can have a serious effect on children, including affecting their behavior. Traumatic brain injuries have been in the media lately due to their incidence in amateur and professional sport, and each year millions of people visit the emergency room for brain trauma.
Read [ Traumatic Brain Injury Affects Adolescent Brains ]

The Grid Iron Begins with a New Brain Injury Lawsuit

As the professional and college and high school football seasons are in full swing for the fall, brain injury is again top of mind related to both the physical demands of the sport, together with the need to properly protect from concussions and to respond appropriately when one occurs. To that end, the widow of a former pro football player who took his own life last year has filed a brain injury lawsuit against a number of defendants.
Read [ The Grid Iron Begins with a New Brain Injury Lawsuit ]

These days, it seems as though certain sports may be in the news more for brain injury lawsuits than for actual sporting events. The NCAA is the latest organization to announce a settlement of traumatic brain injury lawsuits, following the NFL.
Read [ NCAA Settles Brain Injury Lawsuit ]

Reports of concussions and resulting brain injury have gained the most traction in the public conscience via professional sport inherent with the National Football League (NFL) and National Hockey League (NHL). To that point, many a brain injury lawsuit has galvanized public awareness over sports play that results in blows to the head. And lawsuits in both the NFL and NHL arenas assert that defendants could have done more to alert their players about the potential for injury, and help prevent such injury, but allegedly failed to do so.
Read [ Magistrate’s Opinion Signals Hope, Direction for Brain Injury Plaintiffs ]

A new study suggests that the number of emergency room visits for traumatic brain injury is on the rise. Part of the reason for this could be the increase in awareness about the risks associated with head injuries and in particular the risks associated with a brain injury. High-profile brain injury lawsuits, such as the lawsuit faced by the NFL, may bring even further attention to the situation, increasing awareness of the risks.
Read [ ER Traumatic Brain Injury Visits on the Rise ]

During Playoffs, the Ongoing Battle Over Traumatic Brain Injury in the Courts

While hockey players and fans alike focus on the current rounds of playoffs that lead up to the iconic Stanley Cup Final later this spring, an issue that constantly simmers behind the drama of play is the potential for serious injuries related to the physical nature of the game. To that end, while the playoffs continue, and with fans caught up in the fever that is the road to Lord Stanley’s Cup, hovering just below the radar is yet another brain injury lawsuit alleging the National Hockey League (NHL) could have done more to prevent concussions, and the traumatic brain injury that often results.
Read [ During Playoffs, the Ongoing Battle Over Traumatic Brain Injury in the Courts ]
Page: 1  2     Next»