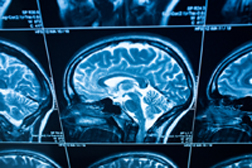 To conduct the study, researchers analyzed data from the Nationwide Emergency Department Sample (NEDS) database, evaluating a variety of characteristics, including patient demographics, injury severity and associated injuries. Researchers found that between 2006 and 2010, the number of ER visits for traumatic brain injury increased by almost 30 percent, from 637 visits per 100 000 person-years in 2006 to 822 visits per 100 000 person-years in 2010. Over the same time, the total number of ER visits increased by only 3.6 percent.

Most of the increases were seen in children younger than three years and adults older than 60 years, and most of the visits were for minor injuries in which the patient was diagnosed and sent home. Researchers attributed the increase in traumatic brain injury visits to concussions and unspecified head injuries, and noted that this could be because of an increased awareness of the risks of head injury. They also noted that there could be an increased incidence of exposure to traumatic brain injury, such as through increased participation in sports.

Traumatic brain injury does carry a risk of long-term health problems, depending on the nature of the injury. More severe injuries or those that occur repeatedly (such as through sports) may cause long-term damage.

More BRAIN INJURY News
High-profile lawsuits, such as the one filed against the NFL, may also contribute to an increased awareness about the risks of brain injuries. Although this lawsuit was filed after the period included in the study, many sports organizations are taking heed about the risks, running programs to alert young athletes and coaches to safety measures designed to prevent repeated head injuries and concussions.

The NFL faces a lawsuit filed by retired players alleging the organization did not properly protect its players from brain injuries. A settlement was announced in that lawsuit, but a judge rejected the settlement, saying there was no evidence the amount set aside in the settlement would adequately cover the medical costs for the entire class.
READ ABOUT BRAIN INJURY LAWSUITS