Were you looking for Brain Injury or Youth Sports Related Concussion lawsuits?

NFL concussion lawsuits have been filed by former players, alleging the NFL and other defendants intentionally and fraudulently misrepresented and/or concealed medical evidence about the short-term and long-term risks associated with repetitive traumatic brain injury or concussion injury. Included in the NFL lawsuit are former players who allege they suffer from substantial memory loss and ringing in their ears. Also included in the NFL brain injury lawsuit are the wives of several players.

Send your NFL Lawsuit claim to a lawyer who will review your claim at NO COST or obligation.
GET LEGAL HELP NOW

Multiple lawsuits have been filed against the NFL, alleging the organization purposely concealed medical evidence about the risk of concussions. Players allege they suffered behavior changes, memory loss and loss of cognitive skills following repetitive brain injuries. Other players and their family members allege they developed chronic traumatic encephalopathy (CTE), a degenerative brain disease that has been linked to some players' suicides.

Players argue they should have been warned about the risk of permanent damage if they returned to play too soon after sustaining a concussion and allege the NFL told them that concussions did not pose serious risks. Approximately 2,400 retired players are now involved in the lawsuits, alleging the NFL failed to act on information it had about the risks to players.

Among the players who are reportedly involved in the lawsuits:

Ron Solt, age 50, was an all-star guard for the Eagles from 1988 to 1991 and also played for the Indianapolis Colts, playing 10 seasons in all from 1984 to 1993. He suffered at least one concussion during an NFL game while with the Eagles, as well as multiple head traumas and concussions during practice that were never medically diagnosed. He now suffers from substantial memory loss and persistent ringing in his ears. 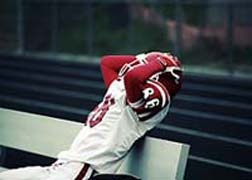 Joe Panos, age 41, played as an offensive lineman in the NFL from 1994 to 2000 and was with the Eagles from 1994 to 1997. He sustained concussions while with the Eagles and Buffalo Bills. He currently experiences headaches, memory loss, irritability, rage, mood swings, and, sleeplessness.

Rich Miano, age 49, played as a defensive back for 10 seasons in the NFL between 1985 and 1995 and was with the Eagles from 1991 to 1994. He is now associate head coach of the University of Hawaii football team. He sustained at least one concussion while playing but is currently asymptomatic.

Gennaro DiNapoli, age 36, was an NFL center and guard from 1998 to 2004 who sustained repeated head impacts during his NFL career. He suffers from severe depression, memory loss, headaches, anxiety and mood swings.

Adam Haayer, age 34, was an offensive lineman from 2001 to 2006 for four teams. He had at least four concussions or concussion-like symptoms and deals with memory loss, depression, and anxiety. Daniel Buenning, age 30, played as an offensive lineman in the NFL for four seasons from 2005 to 2008. He suffers from substantial memory loss, depression, trouble with concentration, short attention span, and mood swings.

Craig Heimburger, age 34, played on the offensive line for four teams between 1999 and 2002. He sustained multiple head impacts and concussions and suffers from dizziness, memory loss, and intense headaches.

If you or a loved one has suffered injury or damages in this case, please click the link below and your complaint will be sent to a lawyer who may evaluate your claim at no cost or obligation.
Please click here for a free evaluation of your NFL Lawsuit claim
Last updated on Feb-7-20

Springfield, MA: The estate of late NFL player Aaron Hernandez on Thursday filed a federal lawsuit against the National Football League (NFL) and the New England Patriots, alleging that defendants failed to protect Hernandez from traumatic brain injury within the context of active play in football games, all the while knowing that repeated blows to the head could lead to chronic traumatic encephalopathy (CTE), an irreversible brain disease.READ MORE
Stop the Superbowl! NFL Bad Call Lawsuit Filed (you’ll never guess by who)

The National Football League (NFL) has been inundated with lawsuits in the last few years with regard to player concussions - and that story continues to play out in the media. But nothing could’ve prepared the NFL and even the most diehard fans for this lawsuit bomb.READ MORE
Brain Injury and the CFL: The Scrimmage Continues

As the Canadian football season winds down and the NFL winds up with next years' Super Bowl in its sights, the spectator sport of professional football appears to be migrating from the stadium to the courtroom, as debates over concussions and brain injury continue to dominate a sport once governed by strength and stamina. Now, players having suffered recurring concussions accuse the NFL of lacking good judgment and common sense towards preventing traumatic brain injury.READ MORE