The National Football League (NFL) has been inundated with lawsuits in the last few years with regard to player concussions - and that story continues to play out in the media. But nothing could’ve prepared the NFL and even the most diehard fans for this lawsuit bomb. 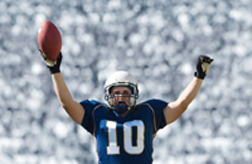 So, an ardent football fan has filed a motion against the league in an attempt to stop the playoffs because of a missed call by an official in a previous game. The missed call, or so it is alleged, allowed the San Diego Chargers to qualify for the playoffs, and in doing so, shut out the Pittsburgh Steelers from playoff contention.

The lawsuit smacks of the kind of frivolity that reverberated through the Winnebago lawsuit that now hangs in the hallowed halls of modern-day folklore - even though Snopes confirms it’s more legend than fact. You’ve heard the story: senior citizen driving Winnebago puts vehicle on cruise control and gets up to make a pot of tea. Winnebago proceeds, not surprisingly, to run off the road and overturn. Disapproving senior, who survives, sues Winnebago because nowhere in the handbook does it say that you should never get up to make a pot of tea while the vehicle is in motion. Legend continues to suggest that the senior gets a new Winnebago, $1.7 million in damages and the language in the handbook changed.

Or, for those of you who keep up on the latest stories gone viral, how about the guy who’s (reportedly) suing Close-Up toothpaste - albeit in Nigeria - because he’s used the toothpaste for seven years but hasn’t netted a date. Catch a clue pal - it ain’t the toothpaste. Oh, but surely that’s false advertising, right?

Stranger than fiction? Well the Winnebago one turned out to be fiction. However, the NFL lawsuit because of a bad call is absolutely true. And some details about the guy who filed the lawsuit are worth a head shake or two so let’s share some…

First off, this guy is acting on his own behalf. As an amateur attorney, he’s doing his own “lawyering” on this one. According to a recent report in the Baltimore Sun (1/8/14), Daniel L. Spuck of Mercer, Pennsylvania, filed his motion against the NFL to the US District Court for the Western District of Pennsylvania. He seeks a “temporary emergency injunction” due to the missed call in Week 17 of play during a game between the San Diego Chargers and Kansas City.

The NFL, for its part, admits to the missed call by the official in question. The call, if made as it should have been, would have allowed a Kansas City kicker to have a second go at a 41-yard field goal that he missed originally. Had he made the kick, you see, Kansas City would have won the game, San Diego would have lost and the Pittsburgh Steelers would have advanced to the post season as the final wild card team.

Well, it didn’t work out that way. Big woof. Frustrating for Steeler’s fans, of course. But it’s all part of the game and that’s the end of it, right?

Not to Mr. Daniel Spuck. Apparently, he doesn’t take no for an answer. So he has filed his injunction against the NFL in an attempt to stop the playoffs until the error is rectified.

Oh and gee whiz - seems Spuck has performed other amateur “lawyering” functions. A motion he filed - and lost - with the US District Court for the Western District of Pennsylvania, was duly appealed 10 (yes, 10) times and heard by the US Court of Appeals for the Third Circuit. Spuck lost the latest one, too. Here’s what the judge on that one had to say in a July 27, 2012 order:

And no, that case wasn’t about football. Rather, the case had to do with various allegations and claims relating to his 1996 criminal trial.

Oh, did we tell you that Mr. Spuck filed his motion against the NFL in a hand-written document via inmate mail from the Pennsylvania Department of Corrections? Something about a murder, apparently (he’s serving 11 to 22 for third-degree murder). Because of that, Mr. Spuck has lots of time on his hands.

Viewing a scan of Spuck’s motion against the NFL - and also NFL Commissioner Roger Goodell, btw, as posted in the Baltimore Sun - you can tell that it is very well written. Spuck is very articulate, although his penmanship could be better and squeezing so much in the margins makes it a bit hard to read.

Nonetheless, we wish Mr. Spuck well in his effort to delay the playoffs, and perhaps even delay the Super Bowl. And it is a bonefide injunction, so it will have to be duly heard, undertaken and settled in some fashion. We also respect the fundamental right of any American to litigate based on a legitimate cause or wrongdoing that can only be rectified through the courts.

More NFL LAWSUIT News
However, as much as Mr. Spuck is gaining valuable experience in his assumed quest to one day become an attorney, lawsuits such as these only succeed in tying up the legal system and make it harder for legitimate cases to be heard and dealt with in a timely manner.

We applaud Mr. Spuck for using his time in a constructive fashion. As he is serving time for a murder conviction, time is on his side. And perhaps the day will come when Mr. Spuck has paid his debt to society and hangs out his shingle. Good luck to him. We just don’t want to be the client who has to hear him say, “boy, I sure killed ’em in court today…”

And should you ever want to sue the NFL for a bad call, Spuck’s your man. We can just hear the ads now: “Injured in a car accident? Bitten by the neighbor’s dog? Incensed by a bad call during Monday Night Football. YOU may qualify for damages…”

If you or a loved one have suffered losses in this case, please click the link below and your complaint will be sent to a personal injury lawyer who may evaluate your NFL Lawsuit claim at no cost or obligation.
Request Legal Help Now

Posted by
Jim Johnson
on January 26, 2014
I stop watching years ago because of crooked officals. By the end of the first quarter you can tell which team the offical want to win.