On one hand, the fines appear pretty impressive: $5 million in total fines levied against seven of the largest health insurance plans operating in the state of California, in reference to the failure of the organizations to pay medical claims submitted by doctors and hospitals. What's more, the offending insurers will be required to pay restitution said to be in the tens of millions of dollars. 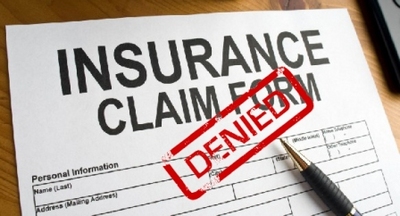 But some doctors aren't happy, and have blasted the fines as little more than a slap to the wrist. James Hinsdale, president of the California Medical Association, noted in the Los Angeles Times this morning that the penalties amount to "chump change…for highly profitable health plans that systematically deny legitimate claims and routinely block, delay or limit physician reimbursements as one tactic to boost their bottom lines."

The California Department of Managed Health Care has been investigating the alleged stiffing of doctors and hospitals for the past 18 months. Named in the investigation and the settlement were Aetna Inc., Anthem Blue Cross of California, Blue Shield of California, Cigna Corp., Health Net Inc., Kaiser Foundation Health Plan and UnitedHealthcare/PacifiCare.

"In levying these fines, [the state] is addressing an ongoing, systemic issue that harms the ability of providers to care for their patients," said Jan Emerson-Shea, a spokeswoman for the California Hospital Association.

The investigation found that not one of the seven health plans investigated met a legal state requirement to pay 95 percent of claims correctly. Samples of claims were reviewed following complaints from health providers who dispensed services to members of state health maintenance organizations (HMO).

The LA Times reports that more than 21 million California residents carry coverage from an HMO.

The investigation also found that a majority of the seven HMOs reviewed lacked adequate procedures for dispute settling with health care providers. In some cases, the investigators found, HMO workers responsible for the processing of claims, were also engaged in overseeing appeals.

Anthem Blue Cross, and Blue Shield of California received the largest fines—$900,000 each. UnitedHealthcare/PacifiCare was penalized $800,000. Health Net and Kaiser were fined $750,000 each, and Cigna was assessed $450,000. Aetna had the lowest penalty at $300,000 and indicated through a spokeswoman that while the HMO took their responsibilities to their members and providers seriously, "we do sometimes make mistakes."

Kaiser spokesman Won Ha said the HMO, which is based in Oakland, had taken steps to improve its processing of claims in a "timely and accurate manner," although he did not provide details.

More Insurance News
"We continue to build on our progress to meet the high standards of the Department of Managed Health Care and other regulators," Ha said. "We are committed to achieving or exceeding all regulatory and customer requirements."

Kaiser and Aetna were the only two HMOs offering comment.

The California Association of Health Plans noted that the HMOs fined generally met state requirements for paying claims on time—and that the companies named in the investigation would be working with state regulators to improve on their performance.

"California's hospitals and physicians must be paid fairly and on time," Cindy Ehnes, the state department's director, told a Los Angeles news conference. "The incorrect payment of provider claims by plans unfortunately is a persistent issue."

Posted by
terri zwingle
on December 2, 2010
Its about time! Need the more info I worked for Blue Shield of Ca, in claims..... timely and acurate and DOI certified what a joke that is!!!