On May 18, New York Senate Bill 6813 (S6813) was referred to the Senate Insurance Committee. If enacted into law, it would add a new Section 2601-a to the New York Insurance law. Proponents of the legislation see an opportunity to address the problem of insurance companies’ bad faith insurance claim practices. Detractors predict the opening of the proverbial floodgates to insurance lawsuits. Similar legislation has died in committee before. 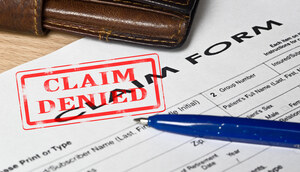 
Bad faith insurance generally refers to an insurance company’s efforts to renege on obligations to its policyholders either by refusing to pay a claim, or investigate and process a claim in a timely manner. It may also occur when an insurer makes unreasonable or duplicate requests for information to support the policyholder’s contention that the claim is covered.

Insurance companies also act in bad faith when they misrepresent the insurance contract’s provisions, particularly before a policyholder purchases a policy. Bad faith insurance claims processing complaints can occur with any type of insurance policy, including life, health and disability insurance, homeowner’s insurance or car insurance. Plaintiffs’ lawyers often have reason to believe that the practice is endemic.


In New York, S6813, officially titled “An act to amend the insurance law, in relation to unfair claim settlement practices” addresses the familiar insurance company tactics of delay, denial, low-ball settlement offers, and forcing shallow-pocketed claimants into expensive lawsuits. More specifically, S6813 and an identical Assembly Bill provide that an insurer is not justified in refusing or delaying payment when it: Any policyholder who establishes liability for these actions may recover: Under existing New York Insurance Law, as set out in Section 2601, only the Superintendent of the Department of Financial Services can enforce the legal prohibition against unfair claims settlement practices. The New York insurance bar is predictably aghast at the peril posed by the proposed changes.

Similar legislation has failed before


Similar bills have died in committee in several previous legislative sessions – in 2013 and 2019, at least. There is no guarantee that the same will not happen again.

Insurance is big business, especially in New York. The insurance industry reportedly contributed $56.3 billion to the New York gross state product in 2017, accounting for 3.51 percent of it. Premium taxes paid by insurance companies in New York totaled $1.9 billion in 2019. That alone is reason to believe that the industry may still have considerably lobbying heft.