Johnson & Johnson plans to appeal the $4.69 billion verdict to 22 women and their families, arguing insufficient scientific proof and jurisdiction.

Johnson & Johnson plans to appeal the $4.69 billion verdict awarded on July 12 to 22 women and their families who alleged that ovarian cancer cases was caused by asbestos in the company’s baby powder, and that J&J failed to warn that its talcum powder raised the risk of ovarian cancer. Experts say that J&J will argue the verdict based on insufficient scientific evidence and jurisdiction. And this asbestos-talc case is one of about 9,000 that J&J is facing. 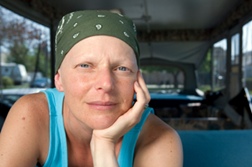 
Plaintiffs’ attorney Mark Lanier successfully combined two theories in one case: he showed a connection between ovarian cancer and talc and that asbestos could cause something other than mesothelioma with regard to talc.


Plaintiffs, during this and former talc trials, have presented
studies and researchdating back to the 1970s showing that talcum powder contained asbestos and was linked to ovarian cancer. And women who developed ovarian cancer used J&J’s baby powder in the years when asbestos was an ingredient in talc. “There’s a lot of debate over whether the ovarian cancer is caused by the exposure to the talc, versus any other event, but it’s 100 percent certain that asbestos causes ovarian cancer,” said attorney Wendy Fleishman, whose firm is also representing plaintiffs. She also pointed out that earlier ovarian talc cancer lawsuits declined to bring cases on behalf of women over the age of 70 “because the overall increased cancer risk borne by women of that age made it difficult to clearly specify what caused their disease. The asbestos theory gives those plaintiffs a way forward, she said.

Reuters (July 12, 2018) reported that the FDA commissioned a study of various talc samples from 2009 to 2010, including J&J’s Baby Powder. No asbestos was found in any of the talc samples, the agency said. Lanier, however, told jurors during the trial that the agency and other laboratories and J&J have used flawed testing methods that did not allow for the proper detection of asbestos fibers.


J&J will also use jurisdiction to appeal this verdict. Because most of the 22 plaintiffs were not Missouri residents, the company will argue that they should not have been allowed to sue in St. Louis under a recent U.S. Supreme Court decision that severely restricted state courts’ jurisdiction over injury lawsuits brought by non-residents against out-of-state companies. It had previously overturned talc verdicts in Missouri based on that decision.

But plaintiff’s attorney Mark Lanier countered, saying his team has “hundreds of pages of evidence” showing lobbying efforts and baby powder focus groups J&J conducted in the state. He added that 15 of his non-resident clients used a specific J&J talc-based product manufactured by Missouri-based contractor, according to Courtroom View Network. Elizabeth Burch, a law professor at the University of Georgia, said that even under the new Supreme Court guidance, the women’s claim that they used the specific product, if true, provided “a pretty strong link to Missouri.”


On Courtroom View Network, Lanier said that, “For over 40 years, Johnson & Johnson has covered up the evidence of asbestos in their products.” He told the jury during closing arguments that evidence shows how J&J had covered up testing data and scientific studies that it knew showed talc in Johnson’s Baby Powder and Shower to Shower contained asbestos.

More TALCUM POWDER News
In last year’s talc lawsuit, Echeverria said “decades of documents demonstrated that J&J knew of the ovarian cancer risk posed by genital use of talcum powder, and remained intimately involved in suppressing information relating to the link. Citing a 1964 document in which a manager of the company noted that talc “of course” was not “found to be absorbed safely in the vagina," Echeverria argued that J&J should have been warning women ever since. The case is Elisha Echeverria v. Johnson & Johnson et al., number B286283 in the California Court of Appeal, Second Appellate District.

Unlike its competitors, Johnson & Johnson has not put a warning label on its talc, arguing that “such a label would be confusing, because although the company regularly expresses sympathy for these women, it vehemently denies that its powder has anything to do with their ovarian cancer,” according to CNN.
For instance, Assured's Shower & Bath Absorbent Body Powder says that it is "intended for external use only" and adds, "Frequent application of talcum powder in the female genital area may increase the risk of ovarian cancer."