A jury trial in California recently ordered Johnson & Johnson to pay a record $417 million to a woman dying of ovarian cancer for failure to warn that the genital talc use could cause cancer. Eva Echeverria used J&J’s Johnson’s Baby Power on a daily basis for decades and claimed talc ultimately led to her cancer diagnosis. 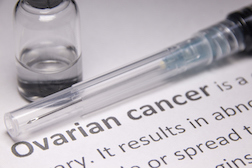 Echeverria was represented by a team of attorneys including R. Allen Smith from the Smith Law Firm in Ridgeland, Missouri, who has been representing women in talcum powder litigation cases against J&J since 2009.

“Thank God she has stayed alive to see this verdict,” says Smith. “She has always said she would never likely live to see the money but she wanted women to have a chance to make an informed decision about their health and safety. She was denied that opportunity so I am pleased she was able to see this through while she is on this earth.”

In the California trial, the Echeverria legal team, the Talc Litigation Group, combined some previously unseen internal J&J documents with other information presented at previous trials to produce a potent argument that jurors clearly saw as convincing evidence in the case against J&J.

This included an internal memo from 1964, written by J&J employees, discusses the possibility of substituting cornstarch for Talc in its Baby Powder product.

Smith’s team also presented the jury with documents dating back to 1996 showing the condom industry stopped dusting prophylactics with talc because of concerns about the possible link to ovarian cancer.

And condom industry companies are not the only ones worried about talc. The statement of claim also included information about generic brands of baby power sold in discount stores that now voluntarily carry warnings about a possible link between talc and cancer.
There have been more than 30 studies done over the last 35 years that connect talc and genital cancer.

However, J&J has consistently argued that those studies are weak and bordering on junk science. The pharmaceutical giant believes the data has been cherry-picked by lawyers and others looking to prove a case against its Baby Powder and Shower to Shower products, that in J&J’s view, does not exist.

“That is J&J’s mantra and it has been their mantra for the last four or five years since the first case in South Dakota.

“They are misinterpreting the epidemiological data,” says Smith. “Every epidemiological study that has been done over the course of the last 35 years on genital talc use, except for one, shows an increased risk to some degree of ovarian cancer.”

From Smith’s perspective, it is time for J&J to put a warning on its Baby Powder and Shower to Shower products. However, that seems unlikely. J&J continues to adamantly state that its products are safe.

LAS reached to Johnson and Johnson for comment on the Echeverria case and comments on warning labels. The company did not reply.