A timeframe shows talcum powder--its origins, and later its link to ovarian cancer, from the late 1800s to the present fifth talcum powder lawsuit in St. Louis, and the fourth jury verdict for the plaintiff. The editorial staff at LawyersandSettlements.com were curious as to how a beloved, trusted personal care product came to be the target of current litigation. What follows is the story, through key events, of how things evolved. 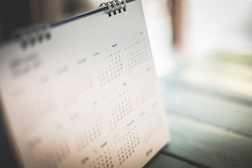 1893
Johnson's Baby Powder is invented by Dr. Frederick B. Kilmer to ease skin irritations. The talc is distributed to midwives and given to mothers for newborns.

1930s
Scientific studies (in The Ecologist) conducted on the safety of talc as a health and beauty product show an increased risk of cancer. Later, harmful effects are attributed to the asbestos in the talc and not the mineral itself.

Congress passes the Federal Food, Drug and Cosmetics Act mandating that the FDA is not responsible for approving cosmetic products, including Johnson’s Baby Powder. This allows manufacturers like Johnson & Johnson to self-regulate.

1960s
The Lancet medical journal reports the case of a woman with a significant amount of talc in her abdominal cavity that matches the talc on the surface of her husband's condoms. Talc sprinkled on diaphragms may also be implicated in such problems.

1970s
Most of the asbestos from the talc has been removed during processing, though traces may still remain in the finished product. (see early 1980s)

British researchers discover talc particles on 75 percent of ovarian tumors they examine. This study shows that, of the 13 tumors removed, 10 of them reveal traces of Talc.

Despite this study and others published by scientists in other countries, Johnson & Johnson does not respond to the allegations until 1982.

1973:  FDA requires all talcum products to be asbestos-free. However, a number of studies (Cancer Council)
would go on to prove that asbestos-free talcum powder was still linked to the development of ovarian cancer.

1976: In the Journal of Toxicology researchers suggest regulations be made concerning the use of talc as a health and beauty product because of its potential to cause cancer.

1980s
The link to asbestos and lung cancer of course is known. Records indicate that the accidental inhalation of baby powder by infants has resulted in thousands of serious infant respiratory illnesses and even deaths. (Hollinger MA. 'Pulmonary toxicity of inhaled and intravenous talc' Toxicology Letters, 52:121-127, 1990)

1982: The journal Cancer publishes, “Ovarian cancer and talc: a case-control study,” finding women who dust their genital area or feminine napkins with talc are three times more likely to develop ovarian cancer than those without talc exposure.

Dr. Daniel W. Cramer, currently head of the Obstetrics and Gynecology Epidemiology Center at Brigham and Women's Hospital in Boston, publishes a study showing that talc applied on the genital area is linked to ovarian cancer. Dr. Cramer advocates for warning labels on talcum powder. (In 2016 Plaintiff cases rely heavily on testimony by Dr. Cramer).

Researchers publish in the Harvard Medical Journal that women who use talc around their genital area have a 92 percent higher risk for developing ovarian cancer.

“A previously well 12-week old boy inadvertently had baby talcum powder spilt on his face. He was noted to cough and choke immediately… Even if it doesn't contain asbestos, talc is still basically just finely ground particles of stone that can lodge in the lungs and never leave. Babies whose mothers smother them in talc have been shown to have a higher risk of  breathing difficulties".

1992: A study titled, “Perineal Exposure to Talc and Ovarian Cancer Risk,” published in the Journal of Obstetrics & Gynecology (July 1992) finds that women who powdered their genitals, undergarments or diaphragms over a long period increased their risk of ovarian cancer three-fold. The study examined 235 white women diagnosed with Epithelial Ovarian Cancer between the years of 1984-1987. Overall, 49% of the women studied showed direct exposure to Talc, via directly applying Talc based products to the genital area. Additionally, there was a subgroup of women included in the study, limited to female users estimating that they have made over 10,000 applications of Talc during years when they were ovulating and had an intact genital tract. This sub-group was found to have the GREATEST overall risk of Ovarian Cancer.

Researchers “determined definitely” that the frequent application of talcum powder to a female’s genital area increases the likelihood of developing ovarian cancer.

1993: The U.S. National Toxicology Program determines that talc causes tumors in animals, even without asbestos present and lists talc as a dangerous substance. FDA refuses to impose regulations on cosmetic talc products.

1996: Sue Kasper, a Dallas skin pathologist, starts a campaign that convinced U.S. condom manufacturers to stop using talc due to ovarian cancer and infertility risks. Kasper and a Dallas plastic surgeon, Preston Chandler, discover talc in the hardened tissue surrounding breast implants that had been removed from women, reports Philly.com.

1997: “Anybody who denies [the published research] risks that the talc industry will be perceived by the public like it perceives the cigarette industry: denying the obvious in the face of all evidence to the contrary.”– Alfred P. Wehner, J&J toxicology consultant to J&J executives.

2003: Anticancer Research journal publishes a study showing a 33 percent increased risk of ovarian cancer with long-term use of talcum powder products. The article is used across the US by plaintiffs alleging that the talc is marketed and produced without properly warning patients of the risks associated with the product.

2006: Luzenac, now called Imerys Talc America, adds a warning to the material safety data sheet included with its 2000-pound bags of talc, including those it provided to Johnson & Johnson, The warning cautions that perineal use of the powder is a possible risk factor for cancer.

The World Health Organization (WHO) issues a statement that talc used in the genital region is a human carcinogen.

2009-2013: The very first talcum powder cancer lawsuit is filed by Diane Berg. Johnson & Johnson offer her a settlement but Berg refuses and winds up with nothing. This heroic whistleblower paved the way for ovarian cancer lawsuits today.

A jury in South Dakota finds J&J liable: the company failed to adequately warn consumers of developing ovarian cancer as the sole and direct result of using talc based products. Yet inexplicably, Berg is awarded no damages. Ms. Berg’s lawsuit is the first of its kind to allege that asbestos-free talc powder still leads to ovarian cancer.

2014: A consumer fraud class action lawsuit is filed against Johnson and Johnson for their failure to disclose the risks associated with the use of their talc powder products.

2015: More personal injury cases are filed against Johnson and Johnson for the onset of ovarian cancer.

Two talcum powder lawsuits are awarded multi-million dollar settlements based on the evidence presented at these trials.

February 2016 –Jacqueline Fox’s family is awarded $72 million by a St Louis, MO jury. Ms. Fox passed away from ovarian cancer in October 2015. The verdict includes $10 million in actual damages and $62 million in punitive damages. The jury finds that, not only did Johnson & Johnson fail in its duty to warn the public of the risks of its product, but that the company also conspired to hide the truth about the link between talc and ovarian cancer, according to the St. Louis Post-Dispatch.

March 2016: More than 1,000 women and their families are suing Johnson & Johnson, claiming the company has known for years about the link between talc and ovarian cancer but failed to warn them, according to Bloomberg Businessweek, titled "Johnson & Johnson has a Baby Powder Problem."

May 2016 – A second jury in St. Louis finds Johnson & Johnson liable for the development of Plaintiff Gloria Ristesund’s ovarian cancer and awards her $55 million. Ristesund, 62, was diagnosed with ovarian cancer in 2011, after using Johnson’s Baby Powder and Shower to Shower for more than 40 years. The verdict includes $50 million in punitive damages.

A study published by Cancer Epidemiology Biomarkers & Prevention show that African American women who used talcum powder have a 44 percent increased risk of contracting ovarian cancer. A Reuters story says that, in the 1990s, Johnson and Johnson “targeted” black and Hispanic women for body power use to hike sales.

July 2016: One of the plaintiffs filing a lawsuit against Johnson & Johnson in federal court in Illinois requests that all of the federal lawsuits be consolidated as a Multidistrict Litigation. An MDL could make pre-trial procedure, such as discovery, more convenient and easier.

October 2016: A third jury in St. Louis finds Johnson & Johnson liable for the development of Plaintiff Deborah Giannecchini’s ovarian cancer and awards her $70 million. For the first time, the jury holds talc supplier Imerys liable for $2.5 million in punitive damages. The verdict includes $575,000 in medical damages, $2 million in compensatory damages, and $65 million in punitive damages against Johnson & Johnson Giannecchini's case marks the fourth time a jury finds that J&J failed to inform its customers about a possible link between its powder and ovarian cancer.

May, 2017: A fifth jury in St. Louis, Missouri awards $110.5 million in damages to Lois Slemp, 62, of Wise, Virginia. Slemp was diagnosed with ovarian cancer in 2012. She used J&J’s baby powder and Shower to Shower talc products for more than 40 years before her diagnosis. The verdict included $5.4 million in actual damages, $110 million in punitive damages against J&J and $100,000 in damages against Imerys Talc.