"Because there are a number of transvaginal mesh manufacturers that have made many TVM products and subsequently caused injuries to thousands of women, the Judicial Panel on Multi-District Litigation decided it makes the most sense to have federal TVM lawsuits, including AMS claims, consolidated together in multi-district litigation, or MDL," says attorney Stacy Hauer, who is co-lead council in the Minnesota State Court American Medical Systems (AMS) litigation. This decision is in part because many women were implanted with mesh products made by multiple manufacturers. 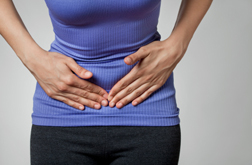 Hauer says there have been prior transvaginal mesh MDLs that dealt with gynecological mesh products: In 2008, the Mentor OB Tape MDL was sent to the Middle District of Georgia, then sometime in approximately 2010, the JPML created a Bard Avaulta MDL in the Southern District of West Virginia. Now it appears there will be three MDL's for these products.

"At the MDL panel hearing this past January, there were proposals from multiple parties on how to deal with the various transvaginal mesh manufacturers and multitudes of complaints," says Hauer. Petitions were filed for the creation of new MDLs for three of the manufacturers, and many Plaintiffs asked the Panel to select one judge to oversee all of the MDLs given the overlap in science and medicine and the fact that many women receive products from more than one manufacturer. "Many plaintiffs' attorneys proposed the pelvic mesh MDLs be sent to the Southern District of West Virginia to judge Joseph Goodwin."

Ultimately, the JPML decided to create three new MDLs, which means three of the top manufacturers—Johnson & Johnson, AMS and Boston Scientific—will have all pending TVM lawsuits centralized in the Southern District of West Virginia.They have all been sent to Judge Goodwin; he already has the Bard MDL. The MDL order was just issued this week, but Hauer thinks the judge will set an initial pre-trial conference soon to determine a plan to move the new MDLs forward.

Hauer explains that, although there are multiple manufacturers, the above three, along with Bard which had a pre-existing market share, appear to carry the majority of the market share for TVM products. As for the minor makers, lawsuits are primarily going forward in various state courts.

"The Bard MDL is about to select its first trial cases, and I would not expect the creation of the new MDLs to change that schedule," says Hauer. "Because these MDLs are new, there has not been a schedule set or a trial plan put in place. However, certain state court actions for the pelvic mesh cases are moving forward and have schedules in place. With respect to AMS specifically, cases are moving forward in Delaware and Minnesota state court. Neither one of those courts has picked a bellwether trial nor have they set a trial date, but I expect both courts will adopt a schedule sooner than later. Meanwhile, Judge Carol Higbee, who is presiding over the J&J cases and Bard cases in New Jersey state court, has set a trial date this fall for a bellwether trial."

More AMS TRANSVAGINAL MESH News
Hauer's law firm is seeing more and more women coming forward daily, mainly because this problem has gained public attention and women are realizing it isn't them—it is a problem with the mesh.

"For the most part many of these women thought the problem was because their bodies had a unique reaction to the transvaginal mesh," explains Hauer. "And for many women this is such a personal injury, they may not even talk to their female friends about it, which leaves many women unaware of this colossal problem. A lot of women have told me that they complained to their physicians multiple times before the doctors related the complaints to the pelvic mesh."

If you or a loved one have suffered losses in this case, please click the link below and your complaint will be sent to a defective products lawyer who may evaluate your AMS Transvaginal Mesh claim at no cost or obligation.
Request Legal Help Now

Posted by
dayna
on October 1, 2013
a few years back I had a bladder sling implanted after having 12surgeries(yes 12).Dr. visit after Dr. visit,I began to feel hopeless & depressed.I felt as if no one believed me.I was in & out of the E.R. for my pain.I've been hospitalized for adhesions,a stent(2x),colonoscopies,endoscopies & an abdominal mesh to try to stop adhesions.A Dr. summed it up to being IBS & all I needed to do was go swimming. SERIOUSLY!? I've stayed 5 days in ICU from throwing up & tearing my esophagus & 1week later I was in ICU from bleeding out rectally.I've felt swollen like I was p.g.,tender, incontinent & it hurt & bled during sex.So we don't.I had the sling & mesh taken out last week.I had to have a graphing,but they couldn't get all the mesh because it was too close to a vein.I had to go home with a pubic tube for 6 wks.I pray I get better after whatever damage it has caused me physically & mentally & not to cry anymore.