The INRatio measuring system manufactured by Alere Inc. (Alere) and subject to an Alere recall last year, has oft been highlighted as part of a study focused on the effectiveness of a new-generation blood thinner when compared against warfarin. The oft-made allegation is that inaccurate readings may have given the newer anticoagulant, in this case Xarelto, an unfair advantage over Coumadin (warfarin). The US Food and Drug Administration (FDA) has since opined that in its view, the variances in readings were not drastic enough to sufficiently skew the results. 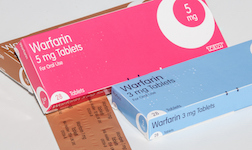 However, use of the Alere INRatio system is not restricted to use in studies and clinical trials, as an Inaccurate Blood Monitoring Lawsuit, proposed as a class action spells out.

The Alere INRatio lawsuit (J.E. et al. v. Alere Inc. et al., Case No. 1:16-cv-11515, in the US District Court for the District of Massachusetts), claims the Alere device yielded inaccurate results and accused Alere of using deceptive marketing practices to sell them a defective system.

The INRatio system is used by patients to measure blood clotting factors in their blood, as well as to adjust medication dosages to prevent spontaneous bleeding or clot formation.

One of the two complainants in the proposed INRatio class action lawsuit, identified only as J.E., claims that he suffered a mild stroke in August of 2015 after using the INRatio device. The plaintiff, who serves as the lead plaintiff in the proposed class action and hails from Virginia, claims that he discovered sometime after suffering the stroke that the readings from his INRatio device were significantly higher than readings determined by a lab in hospital.

The co-plaintiff, a consumer identified within the Alere lawsuit as J.D. and a resident of Arizona, indicates in court documents that she is out of pocket about $1,700 for a system she claims is defective.

The INRatio lawsuit alleges the manufacturer has received in excess of 18,000 complaints between 2013 and 2014. Some adverse reaction reports, the lawsuit claims, include reports of injury and death brought about, the lawsuit claims, through the use of Alere blood testing kits that “often provided significantly inaccurate results, exposing its users to the risks caused by inaccurate warfarin dosing,” the documents said.

For its part, Alere had attempted to have the proposed class action thrown out on grounds that the two co-plaintiffs were not based in Massachusetts and thus, there was no jurisdiction in the commonwealth of Massachusetts. To that end Alere maintained that lawsuits should be placed within the jurisdictions where the devices in question were actually purchased.

The plaintiffs hit back last month, asking a federal judge to keep the inaccurate blood monitoring lawsuit alive, saying that tossing the case on grounds involving jurisdiction was both premature and without merit. The plaintiffs hold that the proposed class of consumers “easily clear[s] the low hurdle that it be ‘possible’ to proceed as a class action.

“Plaintiffs more than sufficiently allege facts to support the application of Massachusetts law to their claims, including that Massachusetts is where Alere is based and where it orchestrated and carried out its [allegedly] illegal conduct.”

More ALERE INRATIO RECALL News
Warfarin, known commercially as Coumadin, has been a commonly-used anticoagulant for 50 years or more. While warfarin is effective as a blood thinner – and carries the added benefit of an antidote in the event of an unforeseen or difficult-to-control bleeding event (an infusion of Vitamin K) – careful monitoring of blood levels is key to achieving optimum levels within a tight zone of safety. Monitoring devices such as the Alere INRatio system is key to achieving those goals.

While the FDA is on record as saying that trial results were not unfairly or substantially skewed in Xarelto’s favor due to the readings issued by INRatio devices used by warfarin patients enrolled in the study, the regulator nonetheless took the position last year that research conducted and issued by Alere failed to properly demonstrate the INRatio software was safe for all users. The manufacturer issued the Alere recall soon after, last July.

The FDA position had its roots in a notice issued to its customers by Alere in December, 2014 suggesting that some patients with specific medical conditions would be wise to avoid using the system.